JP Nadda to be BJP national president on January 20 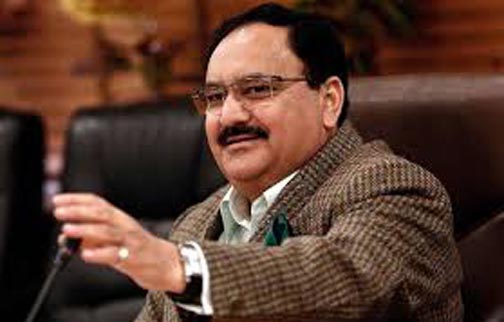 Bharatiya Janata Party (BJP) working president Jagat Prakash Nadda is likely to be appointed as the party’s national president on January 20 next.

As per reports, the BJP is planning to organize a grand ceremony for Nadda at the BJP headquarters in New Delhi.

Prime Minister Narendra Modi, union home minister Amit Shah and other top leaders of the saffron party are expected to attend the ceremony.

Nadda became the national working president of the BJP in June last year shortly after the party’s massive victory in the 2019 Lok Sabha elections.

He will now become the 11th national president of the BJP after taking over the reins from Amit Shah who has been serving as the party president since July 2014.

Born on December 2, 1960, Nadda was a former Union Minister of Health and Family Welfare.

He also served as a minister of forest, environment, science and technology in Himachal Pradesh.

He was also a former minister of health and family welfare and parliamentary affairs of Himachal Pradesh.

Nadda who is also an effective sportsman acquired a degree in law from Himachal Pradesh University.