We are working every day to get better, says NEUFC head coach Robert Jarni 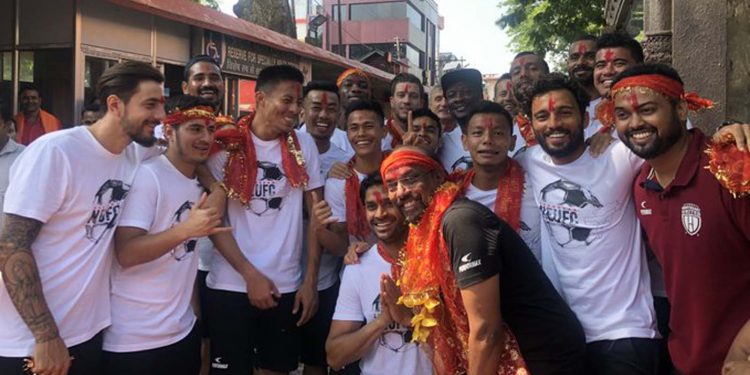 NorthEast United Football Club (NEUFC) is all set to play their first match of the sixth edition of Indian Super League (ISL) 2019-20 against Bengaluru Football Club (FC) on Monday.

The match will be held at Shree Kanteerava Stadium in Bengaluru from 7.30 pm on Monday.

NEUFC head coach Robert Jarni on Friday said the team is fully prepared to give their best shot against the players of Bengaluru FC on Monday.

Jarni said the NEUFC will play with a positive spirit even though the Bengaluru FC team is going to get a lot of support from the football fans thronging the stadium.

He also said the NEUFC team is currently not facing any problem and each player of the team is eager to take the football field by storm in the upcoming match.

This year, most of the leading football players of the Bengaluru FC team like Sunil Chetri and Udanta Singh had to remain busy with Indian football team too and had to divide their time among both the teams.

However, Jarni claimed he is not deterred with the efficiency of the Bengaluru FC team and is only concerned for the NEUFC to give their best performance and win the ISL trophy this year.

It may be mentioned that NEUFC will play their second match against Odisha FC on October 26.

This match will be held at Indira Gandhi Athletic Stadium in Guwahati from 7.30 pm.

Tickets for the NEUFC Vs Odisha FC match are on sale at Rs 200 onwards.

One can book their tickets online through the BookMyShow app.

Jarni, a former Croatian professional footballer, said, “We are working every day to get better. Some days are not good. But with time the team will take shape. Only hard work and sweat can help you reach there.”