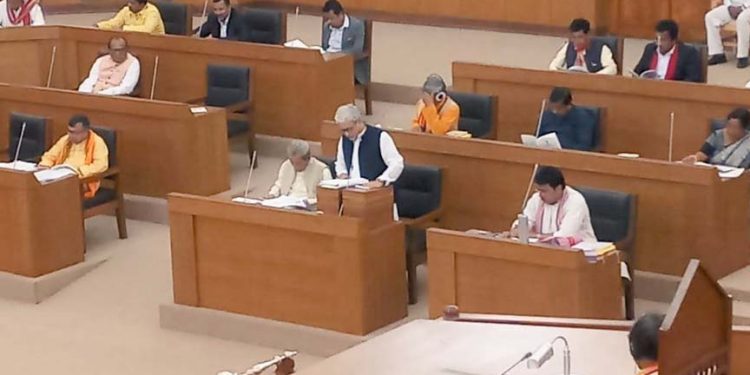 In a significant political development, the Indigenous People’s Front of Tripura (IPFT) an ally of ruling BJP in Tripura has asked a separate block for its eight legislators in the assembly.

“IPFT general secretary Mevar Kumar Jamatia in a letter to me has sought separate block for the party members in the state assembly. I have sought some clarification from the IPFT,” speaker Rebati Mohan Das told reporters here on Tuesday.

The party contested the recent Lok Sabha elections and the ongoing panchayat polls against the BJP.

IPFT leader Jamatia, however, said there is no question of withdrawing support from the BJP-led state government.

“But as the IPFT is an independent party, that’s why we have sought separate block in the state assembly,” he said.

BJP leaders are saying that the IPFT’s decision would in no way affect the BJP-IPFT alliance government.

“IPFT is a sovereign party, they can take any decision. In the Lok Sabha and panchayat elections both the BJP and IPFT have fought separately,” BJP spokesman Nabendu Bhattacharjee said.