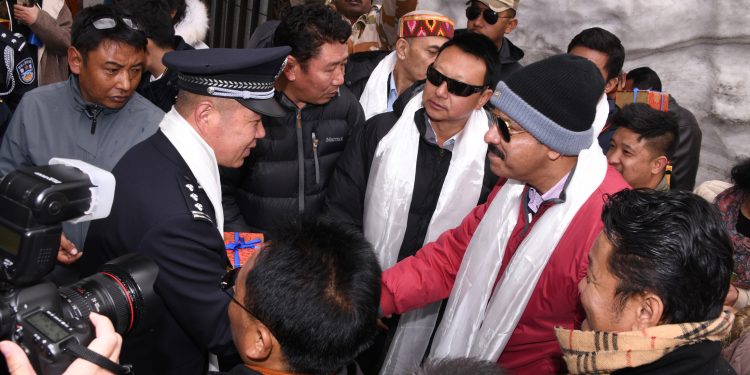 A moment during the resumption of Indo-China border trade. Image - Northeast Now

The 14th episode of the Indo-China border trade resumed at Nathu La on Wednesday.

The trade takes place from May 1 to November 30 every year and remains operational for four days a week – from Monday to Thursday.

The opening of the trade for this year marked with welcoming of officials and traders of both sides at Nathula.

A team of officials headed by Dr Thomas Chandy, principal secretary of the state commerce & industries department along with senior officials and officials from other state departments accompanied by officials from central agencies were present on the occasion.

In the financial year 2016-2017, there was business of goods worth Rs 3.54 crore via the Sino-Indian border at Nathu La, said an official of the Sikkim Commerce and Industries department said today.

44 years after it was closed, the trade between the two countries resumed in 2006 through the international border of Nathu La.