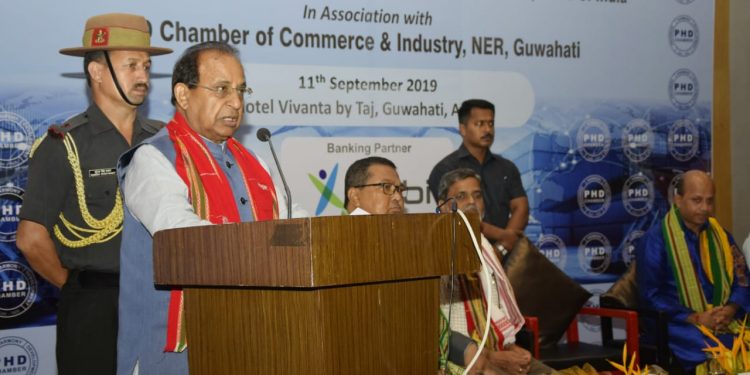 He said this while inaugurating a national seminar on Foreign Trade and EXIM Policy in Guwahati.

Prof Mukhi also said India has found a good and notable place in the domain of export import business and has become a significant marketplace for the global traders.

Speaking on the occasion, Prof Mukhi said micro, small and medium enterprises (MSME) is a dominant sector in the industrial scenario of Assam.

The Governor further said it is a major contributor to the State’s economic growth.

“The MSME sector has emerged as a dynamic sector of the Indian economy over the last five decades,” he remarked.

“MSME have a large share of jobs, production and exports, the Governor added.

The Micro, Small and Medium Enterprises occupy a strategic importance in terms of output, exports and employment, he further added.

Prof Mukhi also said that India is presently known as one of the most important players in the global economic landscape.

Its trade policies, government reforms and inherent economic strengths have attributed to its standing as one of the most sought-after destinations of foreign investments in the world, he said.

“Also, technological and infrastructural developments being carried out throughout the country will augur well for the trade and economic sector in the years to come,” Prof Mukhi retorted.

Among others who graced the occasion were renowned media political commentator on government Issues, foreign policy and economic issues Dr S K Dutta.