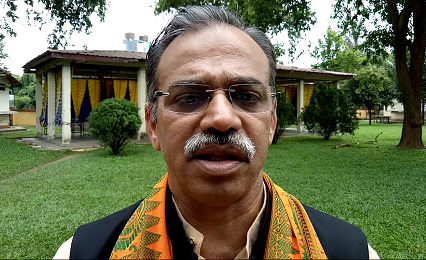 A one-day workshop on ‘Sankalp Se Siddhi’, which is an integrated scheme of the Central Government for betterment of the nation, for the principals of high schools and higher secondary schools, was held at Shilpgram, Panjabari in Guwahati on Tuesday.

Addressing a press conference held after the workshop, RMP director general Ravindra Sathe said, “We are inspired by Prime Minister Narendra Modi’s appeal to the nation to commit to eradicate poverty, dirt, communalism, casteism, corruption, terrorism and dirt from the country.”

“We should aim for a corruption free, poverty free, terrorism free, clean India. The RMP aims to encourage around five lakh students from 5000 schools across the northeastern States during the campaign,” Sathe said.

Meanwhile, Priyank Kanoonga, member of the National Commission for Protection of Child Rights (NCPCR) emphasised the rights of the students to participate and contribute towards nation building.

While lauding the initiative of Rambhau Mhalgi Prabodhini, ASCPCR chairperson Dr Sunita Changkakati said, “This kind of campaign is necessary to build a good environment among the students.”

Ravi Pokharna, executive head of RMP and Indrani Tahbildar, member of ASCPCR were also present during the press conference.