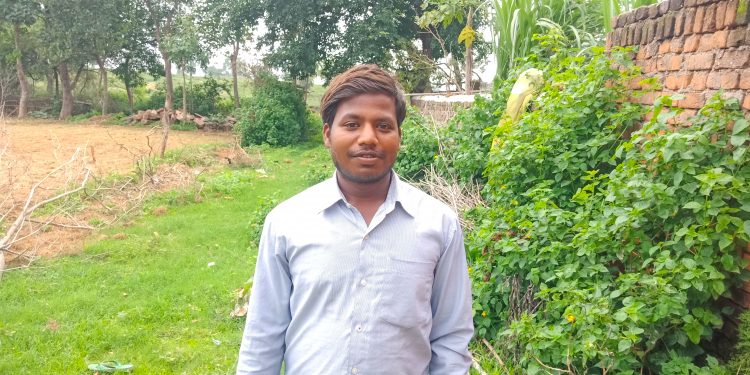 In recognition for creating and sustaining positive change, Neeraj Murmu, a former child labourer was on Wednesday conferred with the prestigious 2020 Diana Award instituted in the memory of the late Princess of Wales, in a virtual ceremony.

Rescued by Nobel Peace Laureate Kailash Satyarthi‘s Bachpan Bachao Andolan (BBA) in 2009, Murmu, now 21, was chosen for the highest accolade a young person can achieve for social and humanitarian effort.

Hailing from Giridih in Jharkhand, Murmu was rescued from the state’s mica mines in 2011 and later his village became a child friendly village (Bal Mitra Gram), a flagship programme of Kailash Satyarthi Children’s Foundation.

The award is conferred by the charity of the same name and has the support of the late princess’ two sons, the Duke of Cambridge and the Duke of Sussex.

Congratulating Murmu, P Nagasayee Malathy, who is executive director (Programmes), Bal Mitra Gram, a KSCF department of which Murmu was earlier a part, said, “We are proud that he has taken up great initiatives such as promoting education among former child labourers.”

“He is a role model for many children in our BMGs where each child is a strong leader and are empowered to assert their rights and fight for their village development alongside adults,” Malathy added.

BMG is a grassroots initiative that promotes child-centric village development in which empowerment of children is the key.

It aims to build safety nets around children by providing access to quality education to ensure that children are not employed, married or exploited, by empowering parents and communities so they could stand up for their children’s rights and by engendering a protective community in which all stakeholders work together to ensure children’s safety and freedom.

After his rescue, Murmu attended school and pledged to end child labour in his village.

He went on to establish a local school to ensure that all children were able to access the right to education.

Mumru has enabled 200 underprivileged children in his village to get education and has rescued 20 child labourers from mica mining and enrolled them in his school.

By sharing his own experience of child labour in his classes, Murmu, who is also a member of the local youth group, encourages the children to think about their aspirations and motivates them to continue to pursue their education in a state where the school dropout rate is high.

Under his leadership, many socio-economic issues related to his village have been addressed.

These issues include rescuing or withdrawing children involved in work and enrolling them in school, hand pump installation and repair, facilitating electricity in village households and providing cooking gas connections through linking with government schemes.

Three years after his rescue, Murmu travelled to Tamil Nadu to persuade four under-aged boys who had migrated to that state in search of job opportunities to pursue education.

He counselled them and successfully enrolled them in a local college.

Murmu also counsels parents of rescued children and seeks their support in making their villages safe space for all children.

Murmu has led several rallies and campaigns aimed at highlighting the importance of education.

This caused a spike in enrollments in local government schools.

Some of the children are now empowered and aspire to usher positive change in their respective villages in Giridih.