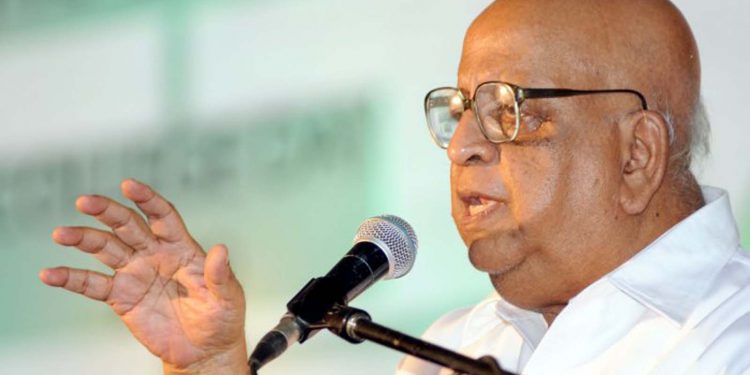 Former chief election commissioner (CEC) TN Seshan, who is known for bringing reforms in the Indian election system, passed away on Sunday.

The former CEC passed away at his residence in Chennai following cardiac arrest, family sources said.

Prime Minister Narendra Modi has condoled the demise of Seshan.

Immediately after the demise of the former CEC, PM Modi on his twitter handle said: “Shri TN Seshan was an outstanding civil servant. He served India with utmost diligence and integrity.”

“His efforts towards electoral reforms have made our democracy stronger and more participative. Pained by his demise. Om Shanti” Modi tweeted.

Seshan had served as the 18th cabinet secretary and won the Ramon Magsaysay Award for government service in 1996.

Seshan was the 10th chief election commissioner of India and served from 1990-96.

It was Seshan who reformed the elections by largely ending its malpractices in the country.

He also redefined the status and visibility of the ECI.

Seshan, who was known for enforcing Model Code of Conduct, took stern action against any politician who tried to flout its provisions.

Seshan was largely confined to his home in Chennai for the past several years due to old age.

He was conferred the Magsaysay Prize for Public Service in 1996.

Former CEC S.Y. Quraishi tweeted: “Sad to announce that Shri TN Seshan passed away a short while ago. He was a true legend and a guiding force for all his successors. I pray for peace to his soul.”

Seshan also contested for the post of President of India in 1997. However, he lost to K.R. Narayanan.