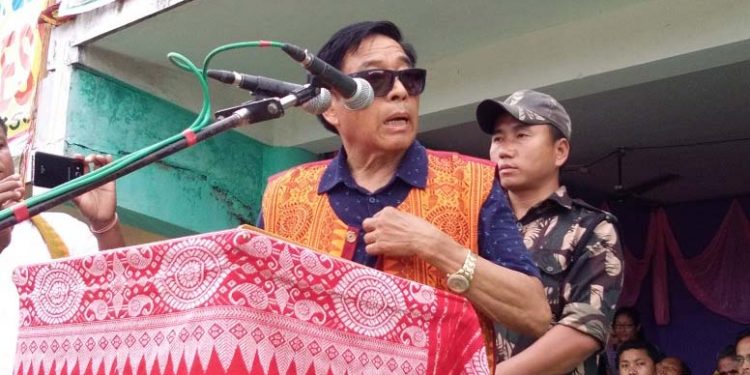 He joined the JD-S on Wednesday.

Claiming unhappiness regarding the party’s functioning, Apang had on January 15 parted ways with the BJP after remaining in the party fold for almost 5 years.

Apang, in his resignation letter, had alleged that the BJP was no longer following the principles of late Atal Bihari Vajpayee and was now a platform to seek power and the leaders no longer believed in the values it was founded on.

Speaking to reporters about his new venture with the JD-S, Apang said he joined the party because it is a ‘secular’ one.

“I have been a worker with Deve Gowda in the past and this will help me in the long run too,” said Apang while adding that the BJP’s ‘anti-indigenous’ decision to pass the Citizenship (Amendment) Bill, 2016 was one of the major reasons he had decided to quit the party.

He also expressed his resentment over the BJP-led state government’s decision to grant permanent resident certificates to the non-Arunachalee communities of Namsai and Chanaglang districts.

Answering queries on where he would fight the assembly polls using a JD-S ticket, the former chief minister said he would do so without a doubt. He, however, did not disclose which part of the State he would be contesting the elections from.

Arunachal Pradesh, which is ruled by a BJP-led coalition, is likely to go to polls in April or May.