Football training course for children kicks off in Mizoram 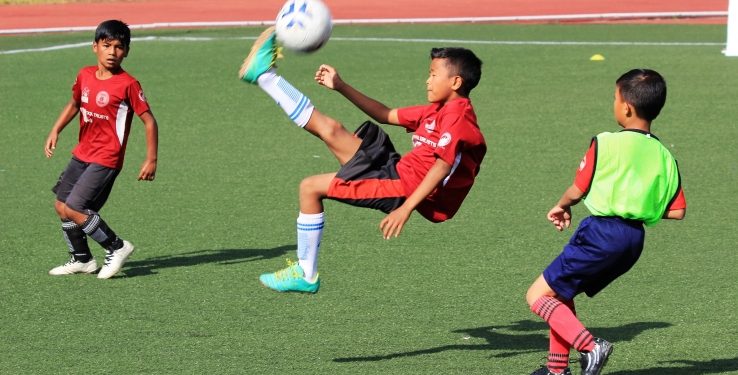 Grassroots Football Training Course for Children between 6-12 years old got underway in Mizoram on Monday.

The 12th of its kind is an initiative of Champhai District Football Association (CDFA).

Speaking at the inaugural programme, Dr Lallawmkima lauded the relentless efforts made by Champhai District Football Association for bringing laurels to the district.

He opined that durable success can’t be achieved without maintaining discipline, hardworking and dedication.

Reckoning the passed out trainees getting enrollment in elite football academies of the country, he appreciated the CDFA’s role.

He also urged the young talented football lovers to focus on their academic activities at first place and then spare the rest on football training.

He also encouraged the newly admitted young trainees to pay sincere efforts and to be the jewels of the district, State and nation in all fronts.

C Hualrikhuma, president, CDFA reiterated the children to give ample time on their academic prospects and then to football.

He also advised the young footballers to keep the training ground neat and tidy.

He also asked them to keep vigil on the safety and maintenance of the area and also try their best to attract the front runner football academies for their next step.

He also extended his gratitude and expressed his zeal and zest for conducting grassroots training under the abled guidance of highly rated sub junior coach.

Till date, 75 young enthusiastic footballers have registered their names and the admission is still underway.

The training under three efficient coaches commenced soon after the inauguration and three months duration training will be held every Monday, Wednesday and Friday after normal school schedule.