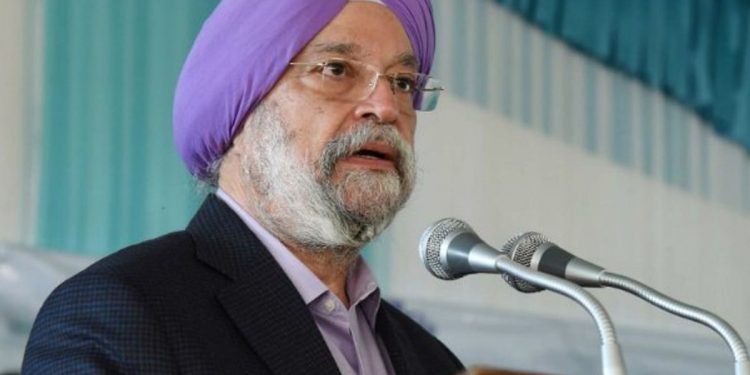 Civil aviation minister Hardeep Singh Puri on Monday said that flight restrictions will be lifted only when the government is confident that the spread of COVID-19 has been controlled.

Puri also said that some airlines were sent a notice on Monday as it did not heed the civil aviation ministry’s advice and had opened bookings.

Taking to Twitter, the civil aviation minister further reiterated the statements he had given so far regarding the resumption of passenger flight operations.

“Our views & approach on restarting flights have been clearly stated.  On April 2, I said “A decision to restart flights after this period remains to be taken” & reiterated this on 5th. On14th when Lockdown extended, I said “we can CONSIDER lifting restrictions” after Lockdown,” Puri said in a tweet.

“Since some airlines did not heed our advisory & opened bookings & started collecting money from flyers, a directive was issued to them on 19th April restraining them from doing so.  They were also informed that they will be given sufficient notice & time to commence bookings,” said Puri.

“I want to once again say that flight restrictions that are in place as a result of India’s fight against COVID19 will be lifted once we are confident that spread of the virus has been controlled & it poses no danger to our country & people,” he added.