Noted artist Anu Malhotra puts up on display photographs, documentaries and artefacts from her visits to Arunachal Pradesh, Nagaland and Tibet during 90s

Noted filmmaker and artist Anu Malhotra will put up an exhibition in New Delhi from Friday of a collation of photographs, documentaries and artefacts from her visits to Arunachal Pradesh, Nagaland and Tibet during the 90s.

Malhotra’s urge to document indigenous cultures before they slowly fade away was what spurred her visits to Arunachal Pradesh, Nagaland and Tibet and presented the same through the travel shows ‘Namaste India’ and ‘Indian Holiday’ in the 90s.

These archival materials of these three unique cultures of a region often dissociated from the ‘mainstream’ will be put up for display in an exhibition, ‘Soul Survivors’ at the Bikaner House in the national capital from October 26 to 31. 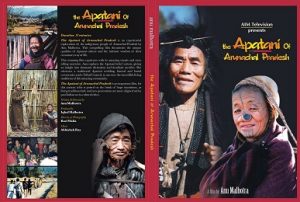 The exhibits include the Apatani people of Arunachal Pradesh, the Konyaks of Nagaland and the nomads of Tibet.

She said that in just 17-18 years, her material has already become archival owing to tremendous changes in tribal lifestyles.

Her journeys, undertook for a seven-part documentary series ‘Tribal Wisdom’, took her to two of India’s remotest areas, to the adivasi tribes of the north-eastern India, starting in 2000.

Her documentary ‘The Apatani of Arunachal Pradesh’ was filmed in the villages around the state’s Ziro valley. Older women with nose plugs are a recurring subject of her photographs.

Malhotra, who found active physical lifestyles and their values of community living striking, also said she imbibed many of them, including the rootedness and belongingness a community brings. 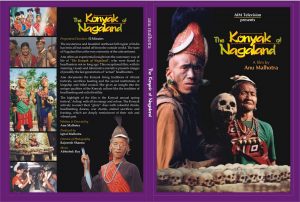 For the next year, 2001, she was in Nagaland, exploring and documenting the Konyak culture and their head-hunting tradition – a warfare tool Malhotra said is fast disappearing.

Another trip to the Tibetan plateau in 2002, brought home photographs of the nomadic communities of the land, who roam about freely with just a ‘bag of needments’ but owning the infinite sky and land, she said.

The materials, not just a visual spectacle in itself, also holds sociological value.