Pankaj Pratim Dutta, former vice-president of AASU’s Dergaon unit, along with two others surrender before Nagaland Police in Mon district 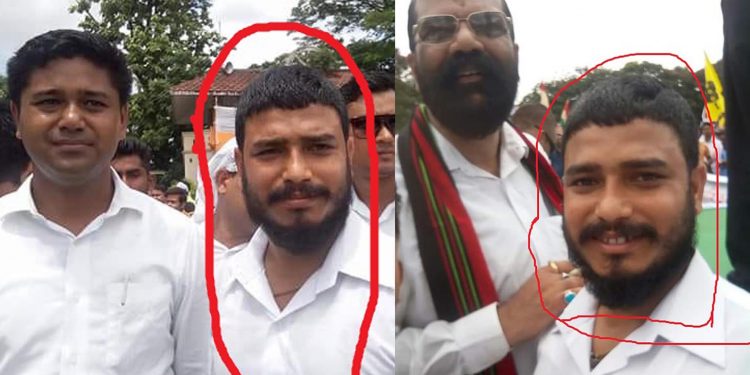 A former leader of the All Assam Students’ Union (AASU), who joined the United Liberation Front of Asom-Independent (ULFA-I), has surrendered before Nagaland Police.

Pankaj Pratim Dutta, who was the vice-president of AASU’s Dergaon unit, joined the ULFA-I in the month of September last year.

He surrendered before Nagaland police in Mon district.

Confirming the news, Additional Director General of Assam Police’s Special Branch, Hiren Nath told Northeast Now over the telephone that Dutta along with two other cadres surrendered before the Mon police of Nagaland on Friday.

“Dutta had been in touch with us for the last couple of days. We have already contacted our counterparts in Nagaland and the process is on to bring them to Assam,” said Nath.

“Hopefully, we will get them in our custody within a very short period of time,” Nath added.

Former AASU leader Dutta joining the militant outfit came to light after a 90-second video posted on the social networking sites where he had expressed his reasons for joining the ULFA(I).

The video started with Dutta seeking an apology from the AASU leadership for joining the ULFA(I) without their knowledge.

Through the video, he also urged the AASU leadership not to misunderstand him.

He said he had joined the ULFA(I) as he believed that sovereign and independent Assam was the only way to “save” Assam.

Founded on April 7, 1979, ULFA is a separatist outfit which seeks to establish a sovereign Assam.

The Centre had banned it in 1990, proclaiming it a “terrorist organization”.

While its pro-talks leaders, led by chairman Arabinda Rajkhowa, joined the peace process in 2011, the outfit’s ‘Commander-in-Chief’ Paresh Barua refused to join the talks without discussion on the issue of sovereignty.

In April 2013, he renamed his group as ULFA (Independent).