Drive against overloaded vehicles in Dhubri along National Highway 31 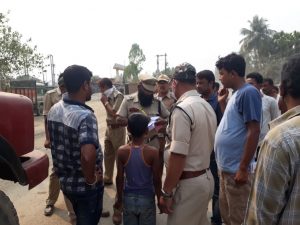 The department has also imposed a fine and collected Rs 74000 from the coal and stone loaded trucks.

Apart from the trucks, a fine of Rs 5000 has also been imposed upon a bus carrying load beyond the permissible limit.

The drive against the overloaded vehicles would continue in the next coming days too, as informed by the DTO, Dhubri.

The DTO, Dhubri also said that all enforcement officers have been directed to take strict action against operators of overloaded vehicles, as they have received a numerous complaints from the public.