My dream is to make Arunachal a better place: Khandu

Bureaucrats are main pillars of government and their selfless contribution is vital for growth of State: Arunachal chief minister Pema Khandu 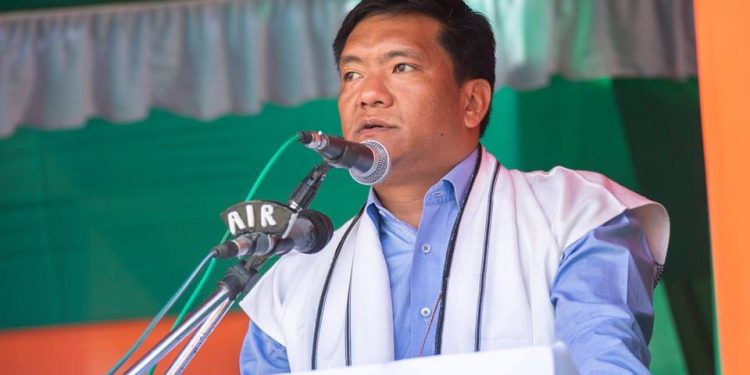 Arunachal Pradesh chief minister Pema Khandu on Monday held an interactive session with the heads of the department and government officers at Pasighat, the headquarters of East Siang district in presence of deputy chief minister Chowna Mein and MLA Kaling Moyong.

Addressing the meeting, the chief minister said the State is eager to march ahead in all development spheres and invited the officers for their say on way forward.

He said Arunachal is a blessed land and has potential to become one of the richest states in India.

“Looking after the welfare of 1.4 million population of the State should not be a Herculean task if there is will to serve. Arunachal along with Nagaland has earned bad reputation in corruption and it is time to come out of such menace,” Khandu said.

He said those in position today must take the lead else ‘we can’t expect things to get better later on when having lost the opportunity we could have made things better when we had the chance’.

Stating that bureaucrats are the main pillars of the government and their selfless contribution is vital for the growth of the State, the chief minister said politicians come and go but bureaucrats are there to stay for long and hence they have a greater role in creating better system.

Khandu said he will never go for appeasement politics and that his dream is to make Arunachal a better place.

“As long as I am in chair, I will run the government without fear and without bowing to any individual interest,” the chief minister said.

He also said he wishes to empower the institution of deputy commissioner and wishes to give more roles to officers to decide on development matter. He said entire planning process is being changed so that development aspirations of grassroots people are fully implemented.

Later, the chief minister also held an interactive session with members of trading community and heard their grievances.