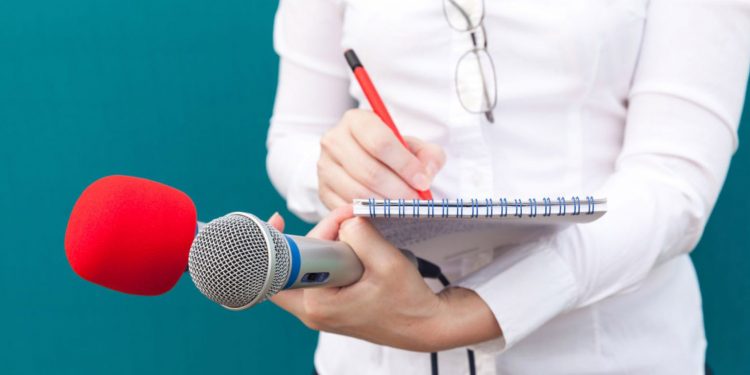 The Indian Journalists Union (IJU) has expressed serious concern over reports of harassment and intimidation by police and security personnel on journalists while they were discharging their duties.

IJU president Geetartha Pathak and secretary-general Sabina Inderjit has said that journalists have been discharging their duties by putting their health at risk.

“While the IJU understands that the police and security personnel are under pressure to ensure the public heeds to lockdown, they must realise that the media too is carrying out its responsibilities, is under great pressure and must be allowed to do its work without any hindrance,” they in a statement on Wednesday.

“Reports from some state affiliates have come in wherein journalists have shared their harassment at the hands of the police,” the statement added.

“One such case reported is of Chief of Bureau of a daily in Hyderabad and another in Delhi of a Hindi news channel journalist being ‘beaten’, despite showing their identity cards,” the statement added.

“In another case, a journalist was, fortunately, let off in South Delhi after showing her identity card, though the policemen were intimidating,” they further said.

“The IJU demands the government give strict directions to police personnel to respect freedom of the press and help journalists in covering the pandemic so that the
society gets unbiased and accurate information of the prevailing situation,” the statement further added.

“Prime Minister Narendra Modi in his address to the nation has thanked the media for its role in helping to fight the unprecedented situation,” the IJU said.

“The police must not undermine the appreciation and must desist from stopping or harassing the media from reporting as such action will only lead to spread of rumour and fake news, which will only further complicate the situation,” it added.

In an appeal, the IJU has urged the journalists to exercise utmost care while covering the coronavirus outbreak to ensure accurate, fair and responsible reporting and to remain safe.

“The media must avoid inciting unnecessary panic, sensationalism, fueling xenophobia and racism that unfortunately have already emerged in some of the countries impacted with the pandemic,” the IJU said.

The organisation specifically asked the journalists to take note of the World Health Organization’s guidelines in 2015 which discouraged the use of geographic locations when naming illnesses because it could stigmatize the people living there as well as the latest guidelines on the pandemic.

The IJU also advised the journalists to keep themselves up-to-date while covering the outbreak.

“Regularly check the status of any event you plan on attending, taking into account that numerous States/countries have banned public gatherings above a certain number of people,” the IJU said.

“Be aware of misinformation, something that the WHO has specifically warned about and that the International Federation of Journalists (IFJ) and other world bodies have highlighted,” it further said.

“A myth buster guide is available on the WHO website,” the IJU added.

“Family members of journalists may be concerned and stressed about such assignments. Have a discussion with them about the risks and their concerns,” the IJU said.

“If necessary, set up a conversation between family members and your organization’s medical advisers,” it added.

The IJU also asked the journalists to remain aware of apps that target individuals for ransomware, such as COVID-19 Tracker.

“Do not travel if you are sick,” the IJU further said.