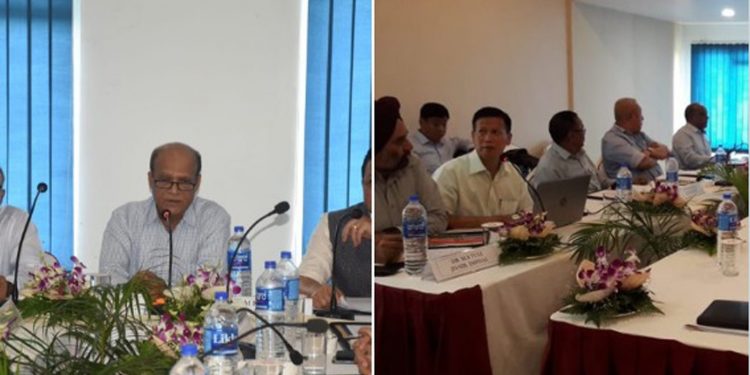 The meeting of the Directors General of Police (DGPs) of the northeastern states at Imphal discussed several issues including drug trafficking, illegal trades, human trafficking and counter-insurgency operations.

The meeting of the DGPs from the northeastern states held at Imphal, the state capital of Manipur, was chaired by Assam’s Director General of Police (DGP) Kuladhar Saikia.

DGP Saikia said they are committed to take the regional collaboration to greater heights.

Informing about the meeting, DGP Saikia on his Twitter handle said: “Chaired the meeting on Regional Cooperation of DGPs of NE States in Imphal.”

Stating about the issues discussed at the meeting, Saikia said: “Issues such as illegal drug trafficking, illegal trades, human trafficking & counter insurgency ops were discussed in the meeting.”

Saikia further tweed: “We are committed to take our regional collaboration to greater heights.”

According to media reports, the meeting of the DGPs also discussed ways to stop pilferage of drugs in the northeastern region.

Quoting DGP Saikia, a media report said: “Focus was laid on supply reduction as well as demand reduction of narcotics. Human trafficking was another issue taken up. A decision was taken to rope in a research organisation to conduct a study on the causes, networks and routes.”

Cattle smuggling and other inter-state crimes like smuggling of supari and coal were also discussed at the meeting.

According to media reports, the meeting resolved that east state of the Northeast should stop illegal activities at the place of origin and maintain close coordination with the transit states.