Democracy exists in the country only in name, says Manipur’s ‘Iron Lady’ 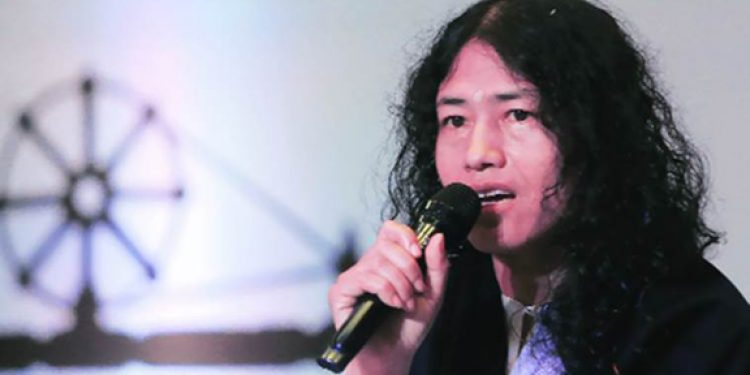 Manipur human rights activist Irom Sharmila, who is also known as ‘Iron Lady’, came down heavily on the BJP-led NDA government and alleged that this government disregards people’s sentiments while making decisions on policies.

Sharmila said democracy exists in the country “only in name” under the current dispensation and urged the people to vote for bringing about a change in the country.

An NDTV report quoted Sharmila as saying: “Democratic leaders are servants of people, not controllers. They need to respect people”s opinions before making policy decisions.”

She lammed the “all-controlling” government at the Centre.

She described the provisions of the Citizenship (Amendment) Bill as “complicated” and said Central government should have taken the popular sentiments of the people of the region into consideration before introducing the legislation in the Lower House.

She further said: “They (Modi government) are trying to control everything based on their beliefs and system. There is a long history of suffering and discrimination… There is a sense of backwardness among people in the area (northeast), which lacks development.”

The report also quoted the ‘Iron lady’ as saying: “It is a long way before a bill like that gets accepted by people. You (the government) need to understand the sentiment of millions of people residing in those areas and analyse the ground situation before taking a decision.”

It may be mentioned that the Citizenship (Amendment) Bill, 2016, which was  passed in the Lok Sabha, on january 8, 2019, lapsed in the Rajya Sabha where the NDA has not majority.

The Citizenship (Amendment) Bill, 2016 seeks to grant Indian citizenship to non-Muslim minorities from Bangladesh, Pakistan and Afghanistan, after six years of residence in India.

“Bringing in an alternative force won’t be easy at this juncture. The voters have to come forward and bring about the change. It is important to raise consciousness of people,” the human rights activist said.

On being asked whether she was willing to contest the upcoming Lok Sabha elections, Sharmila said, “It wasn’t my cup of tea”.

Sharmila had formed a political party – People’s Resurgence and Justice Alliance – after the end of her hunger strike in 2016.

She contested Manipur Assembly elections in 2017 from Thoubal constituency against three-time Manipur chief minister Okram Ibobi Singh. However, she got only 90 out of 27,271 votes polled.

She added: “I’m no more interested in politics. I’ve already experienced electoral politics and the dirtiness involved in the process. Knowing the reality, I have realised that politics is not my cup of tea.”