Challenges of Panchayat and Woman Representation 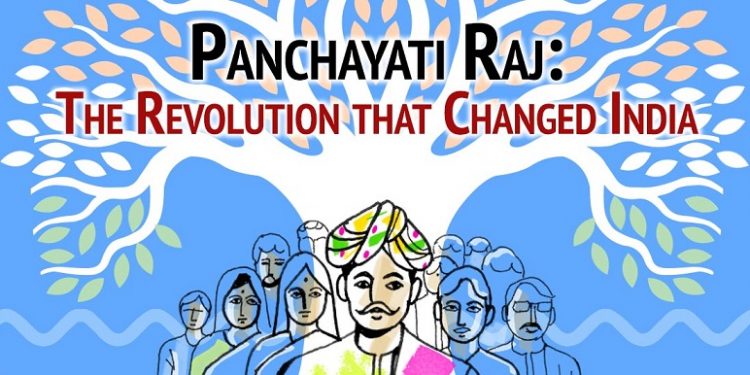 The literal meaning of decentralization is transferring decision making powers and functions of top level governing system to local bodies with a view to transforming the society and injecting greater degree of efficiency.

There exists a triangular relationship between decentralization, democracy and development. As an effective form of spatial planning, local level participatory planning becomes a viable instrument for the removal of regional disparities and overall development of the rural areas.

The devolution of powers and functions is the most important part of decentralization process under Panchayti Raj system in our country.

The Assam Panchayat Act, 1994 received the assent of the Governor on the 22nd April 1994 and elections were held in October 1996, for establishing a three-tier Panchayati Raj system in the State at the village, intermediate and district level.Gaon Panchayats (GPs) at the village level are the key units, while the middle level comprises of Anchalik Panchayat (AP) at the block level, and Zilla Parishads (ZPs) at the apex level.

As a matter of fact, Anchalik Panchayats are the conduits through which most of the funds for rural development flow to Gram Panchayats.

In Assam, a total of 23 subjects related to 17 different departments are assigned to Panchayat. There are a total 26,843 elected representatives in Panchatiraj institution of Assam.Women constitute more than 50 per cent of the total number of those elected members in the Panchayat bodies. However, despite this, they do not seem to be a critical part of the decision-making process in these bodies, primarily because of their lack of political exposure and interference by male politicians.

In a country where the common woman has had little or no public stature, where bureaucracy prevails in the Panchatiraj, where the ‘law’ as a concept is secondary to tradition and custom in the minds of the people, one could expect the challenges of woman representatives in the Panchayats.

Despite of that a significant numbers of women came forward to extending candidature and got elected. That is going expected to revitalize the local self-government system and electoral politics of the state.

Another feature is that more and more women are coming out to vote in last Panchayat election and women voters outnumbered men in a significant number of districts.

But the pavement for the newly elected woman representative is not so smooth. There are, in fact, a number constraints working on women’s effective participation in the panchayat from different directions.

However, a glance at the participation of women in elections over the past few panchayat elections shows that the extent, nature and level of elected women representatives is much higher than in many other countries.

Now the gap in turnout in participation in political process is getting more and more narrowed. But this increase in the turnout of women participation in elections, particularly in Gram panchayats may be attributed to a higher degree of women representation but true empowerment of women and gender equality in local governments still a big concern in reality.

The forces driving the constraints on women’s effective participation include an entrenched system of patriarchy, poverty, lack of understanding of villagers on panchayat functioning, poor leadership and politicisation of Panchayat institutions.

The issue of proper implementation of Panchayat act in our state is that it has been operationalised in a way that left real control over development and funds with the bureaucracy, not with the elected local bodies.

Considering this backdrop of present grass root participation of local self-government, which effects woman directly, the approach taken to improve the situation must be much broader than just focusing on decentralisation of power. Information must be disseminated, attitudes need to be changed, instructions need to be strengthened and collective will need to be fostered.

The larger question is now, has the more numbers of women representation in panchayat bodies changed the nature of democratic functioning from that of patriarchal model to one of gender based egalitarianism?

Impressive participation or representation of women in the local governments is not the goal itself.  Just participation is not commitment to any social goal but is a means for setting goals and for deciding the process of the goal attainment. Empowerment in its broadest sense is the expansion of freedom of choice and action.

Today, there is a need of qualitative representation of women in decision making and true empowerment. Empowering the elected women representatives through developing leadership capacities is crucial so that they could serve for social change.

Agents and function as peer facilitators in the field become vocal for their rights and participate effectively in the governance processes.

Otherwise they will merely add to strengthening and reinforcing the existing social system by operating within the framework of patriarchy. This means that involving women representation to lead social transformation at the grass-roots level remains an uphill task.

However, these constraints are not insurmountable.  It can be solved in a way of constructive cooperation and effective participation.