Declining ground water level in NE, a cause for concern: Centre 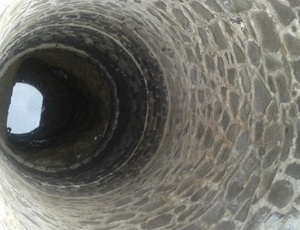 The ground water level in the northeast along with the rest of the country is also declining, signalling an emerging threat of water crisis.

The CGWB carries out ground water monitoring, four times a year, on regional scale through a network of observation wells in the country.

After analyzing 164 wells in Assam it was found that in 92 wells, water deficiency was 56 percent. However in 71 wells there was water rise of 43 percent. In one well water level remained the same.

Out of 12 examined wells in Arunachal Pradesh as many as 3 wells shows declining water level of 25 percent.

Amongst 20 wells examined in Meghalaya, there was 70 percent fall in water level in 14 wells.

The fall in the water level and the statistics in possession of the Ministry of Water Resources would definitely raise eyebrows of environmentalists and experts.

Water being a State subject, initiatives on water management including conservation and artificial recharge of ground water is primarily States’ responsibility, said a senior official in the ministry of water resources.

Water Resources Ministry, RD and GR has circulated a Model Bill to all the States and Union Territoriess to enable them to enact suitable ground water legislation for its regulation and development which includes provision of rain water harvesting.

“So far, 15 States and UTs have adopted and implemented the ground water legislation on the lines of Model bill,” the official said.