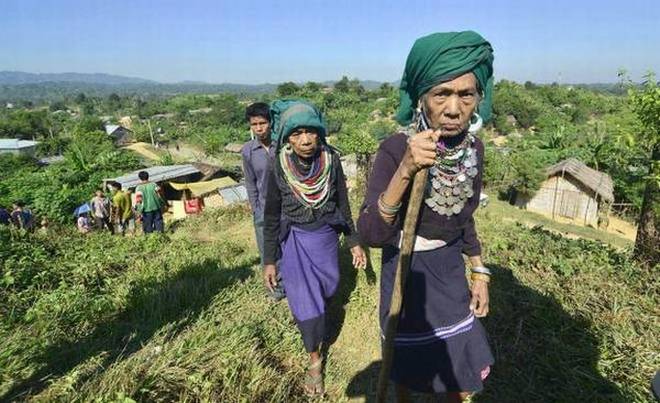 The Bru refugees living in Tripura at the inter-state border village of Kanhmun in Mamit district of Mizoram can now vote there. The Election Commission of India has decided to hold polling for them in Mamit district.

The place of voting for 11,232 Bru voters has become the most controversial issue in the run up to the Mizoram Assembly polls, leading to replacement of the Chief Electoral Officer SB Shashank in less than two weeks ahead of the elections to the 40-member House.

Shashank had reportedly facilitated voting by Bru voters in the relief camps in Tripura.

“We have been informed by the Election Commission that the polling for the Brus must be arranged at Kanhmun village inside Mizoram territory. We have started our preparations for that,” said an official in the CEO office.

A written order to this effect is likely to be received by the Mizoram CEO Ashish Kundra in a day or two, he said.

Kanhmun is an inter-state border village between Mizoram and Tripura.

The six camps of the Bru refugees are located between two km and 10 km from the inter-state border between Tripura and Mizoram.

“In the last three years, there was no revision of electoral rolls. This time we did that. The Bru refugees are registered in nine Assembly constituencies and we’ll place different voting machines accordingly at the special booth in the village,” he said.

The highest number of Brus are registered in Mamit district which has Hachhek, Dampa and Mamit constituencies with 14 per cent of the total voters being refugees, reports CNBCTV18.