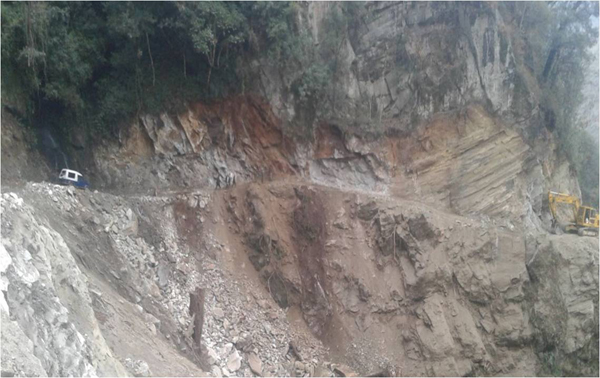 According to Tezpur base Defence spokesperson Lieutenant Colonel Harsh Wardhan  Pande,  the khet village, which was deprived of road connectivity for nearly two decades, has now been brought on the road map of the country. The road Jang-Mukto-Teli was taken over by BRO from PWD in different stages from the period 2002 to 2007, to develop the road to Cl-9 specification to provide alternate route to Tawang.

He also said that the  construction of the road was taken up by Project Vartak of Border Roads Organization (BRO) in different stretches from both Mukto and Teli ends. While the road was completed between km 0 to 27 and km 36 to 50, the stretch between km 27 to Km 36 was held up due to some alignment issues near Khet village.

With the proactive support of Chief Minister Pema Khandu, the construction work on the original alignment of the road below Khet village was resumed in the year 2017. The formation cutting of the road has now been successfully completed as intimated by  KP Purushothaman, Chief Engineer Project  Vartak , he added .

Purushothaman has appreciated the efforts of  RS Rao, SE (CIV), Commander of 42 BRTF and Major VS Randhawa, Officer Commanding of 90 RCC (GREF) and their teams to complete the connectivity of the road which has brought great relief to the villages.  The Chief Engineer has conveyed his special thanks to  Chief Minister of Arunachal Pradesh  Pema Khandu for his support and also cooperation by the Khet Villagers to make the road connectivity a reality.