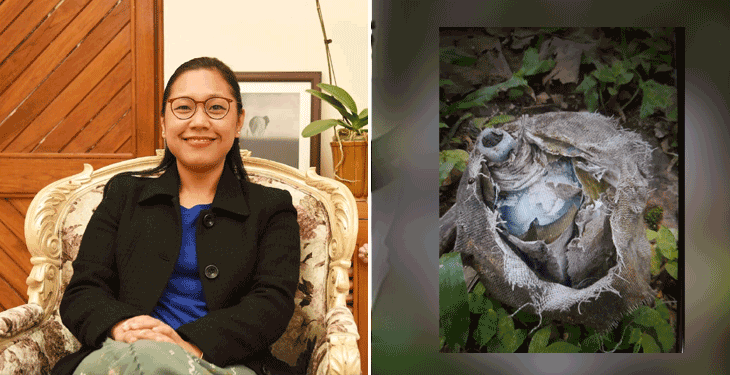 There was an episode of bomb scare near former union minister and newly elected NPP MP Agatha K. Sangma’s house in Walbakgre area in Tura.

Raghavendra Kumar, the superintendent of police of West Garo hills district told Northeast Now that there was a report of explosive like substance detected in front of Agatha K. Sangma’s house on Tuesday morning.

“The entire area was cordoned-off, and we immediately rushed the bomb squad to the spot,” the police official said, adding that after a thorough investigation, it was found to be a slightly unusual type of cracker.

However, neither Agatha Sangma, nor her brother, Conrad K. Sangma, who is the Chief Minister of Meghalaya, were not present in the house at that moment. Only their mother was there.

Kumar said, the police team searched the area and found some more similar fire crackers. “Most probably, the crackers were brought during the vijay rally, and did not burst them,” the police official said.

Also Read: Why Agatha deserves to be a minister in Modi’s new government

After Agatha K. Sangma registered her electoral victory over former Meghalaya Chief Minister Mukul Sangma on May 23, NPP supporters had taken out a victory rally, and had ignited fire-crackers around Tura.

“Everything is under control, and there is nothing to worry,” Kumar said.