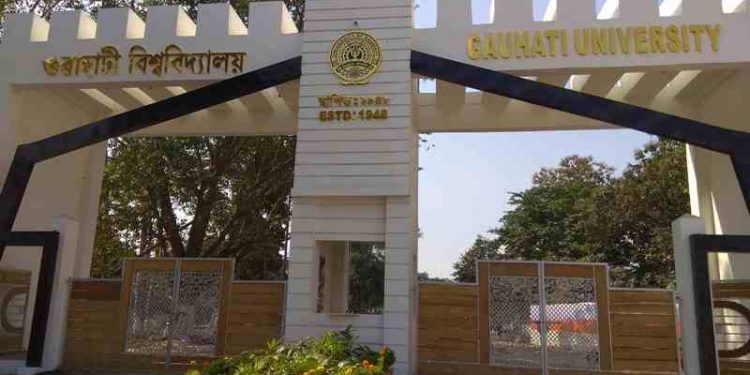 A new biological pesticide developed a team of researchers from Gauhati University has been patented.

The patent (No.347214) was granted on September 21 last by the Patent Office, Government of India.

The new pesticide is a low-cost bio-formulation created with an indigenous fungal bio-agent.

More than a thousand species of arthropod pests are known to attack tea crops all over the world.

Of this, about 300 species of such insects are found in India, and 167 species are from the Northeast alone, and altogether they cause 11 to 55 per cent loss in yield in the country annually.

In the Northeast, tea plants are colonized by a large variety of pest species, including the tea mosquito bug, the red spider mite, pink mites, the red slug caterpillar, the looper, the green leaf hopper, etc.

Among these, the red spider mite (oligonychus coffeae) is one of the most destructive pests in all the tea-growing regions of the Northeast.

Red spider mites live in tea crops throughout the year, with variations in their population depending on seasonal changes.

Both the nymphs and the adults of the mite species are able to cause heavy crop loss.

Under optimal conditions, there may be 22 overlapping generations of the species within a year.

Parthenogenesis (a natural form of asexual reproduction) is known to occur in these mites, and this is a major factor behind the immense build-up of their population.

A large number of chemical pesticides (insecticides and acaricides) are used for controlling red spider mites.

Though the use of chemical pesticides results in effective control of the pests, the insects in turn develop resistance to the chemicals when the pesticides are used excessively.

The chemicals also affect non-target species and leave undesirable residues in made tea.

These pesticides are hazardous for humans, animals and wildlife alike.

Hence, the new biological pesticide is expected to emerge as a new effective measure in the area of pest control in the tea industry.