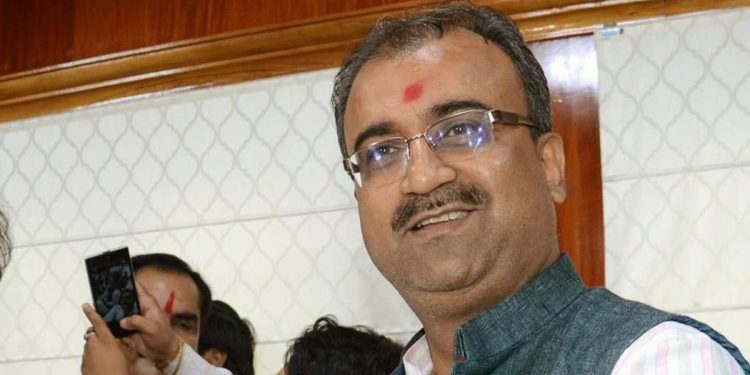 Bihar health minister Mangal Pandey had recently asked for the suspension of a police official for failing to recognize him and stopping him from entering the venue in an event.

In a short video clip that was posted by news agency ANI on Twitter, Pandey can be seen getting angry after the police official stops him at a function in Siwan.

He was also seen asking Sub-Divisional Police Officer (SDPO) Jitendra Pandey to suspend the official who had been identified as Assistant Sub-Inspector of police (ASI) Ganesh Chauhan.

“Why have you deployed such policemen who do not recognize the minister. Suspend him,” Pandey can be heard saying in the video.

Pandey’s behaviour with the police was widely criticized by social media users.

It may be mentioned that the health minister drew widespread criticism following the death of a number of children due to acute encephalitis syndrome in Bihar last year.

He was also trolled for asking about the score of a World Cup match between India and Pakistan during a government meeting last year.