Nadda has appointed Assam’s Mangaldai MP, Dilip Saikia as one of the general secretaries of the party’s central team.

Meanwhile, as speculated earlier, former party general secretary, in-charge of the Northeast, Ram Madhav, has been removed from his position. 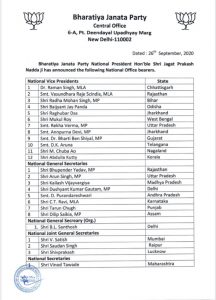 Nadda has accommodated 3 former chief ministers as BJP vice-presidents while there has been a major overhaul among national general secretaries with many significant names dropped and new faces given a chance.

Many young turks with strong articulation skills have also been given a shot to prove their mettle.

There are a total of 12 national vice-presidents of BJP’s central team. 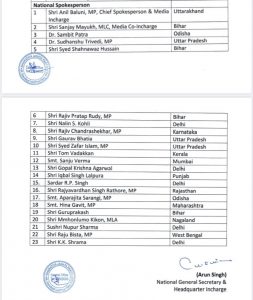 Assam: Baghjan fire victims to get compensation in first week of December