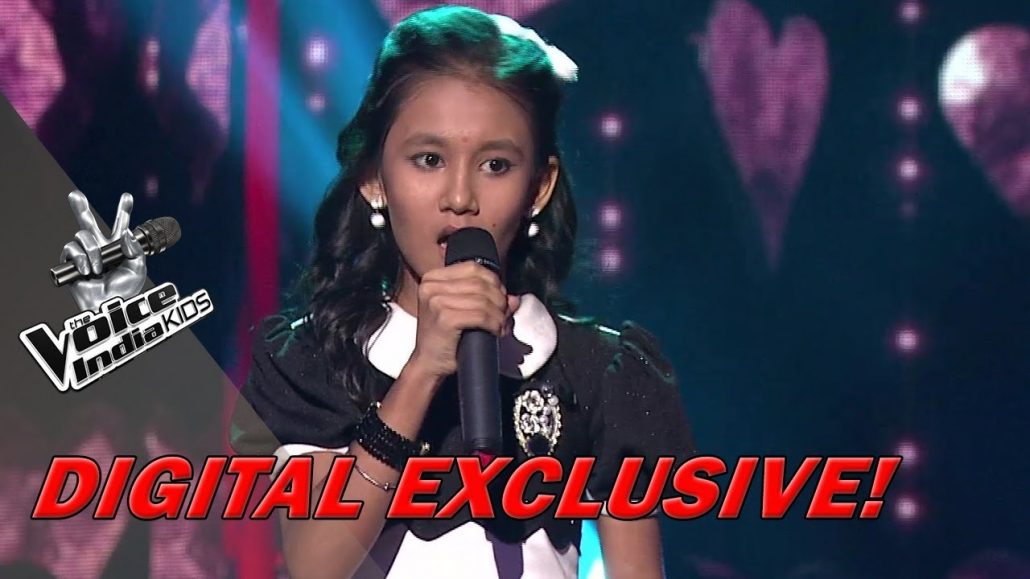 Young singing sensation Manashi Saharia of Udmari village in Darrang district is just few steps away from creating history in the field of music of the State.

She has made into the top six of the ongoing musical reality show ‘Voice India Kids’- by ‘& tv’.

Following the footsteps of ‘Wonder Football Kid’ Chandan Boro of Harisinga who already has made his dream journey to Germany for six years of special coaching in football despite his poverty, this little singing sensation has also become a glaring example that poverty can never be an obstacle for talents once again.

Successfully establishing herself like a ‘princess of fairy tale’ in the mega music competition and enthralling the eminent judges and viewers with her mind boggling performances, this class VI standard student has again made herself enlisted in the list of ‘top six’ contestants on last Sunday night counting her much awaited moments for the final round.

She has also topped the list among the six other contestants.

Mention may be made here that Manashi earlier had successfully qualified for the competition’s NE rounds at Guwahati and Eastern zone rounds at Kolkata and then made her journey to Mumbai.

From the very beginning, she has been able to win appreciation from the judges comprising of eminent singers of repute and the viewers.

Her father Anupam Saharia – though an expert in musical instrument and mother Jitu Moni Saharia – a housewife having Masters in Music from Bhatkhande Music Institute Deemed University have been compelled to make their struggle for survival amidst acute poverty which, however, could not stand as a barrier in her journey to Mumbai.

Initially the kind hearted villagers and her well-wishers of the district extended all cooperation and support with financial help towards this little upcoming music talent.

On the basis of the votes from the viewers and her ability to win the hearts of the judges by her excellent performance, Manashi on the last Sunday’s round has been qualified for the ‘top six’ among the ten contestants.

Now she requires the support from the viewers in the form of votes. Interested viewers may send missed calls to 07097297312 and SMS to 57575 typing MAN.

Various social organizations of Darrang district including Mangaldai Media Circle, Crystal Vision, Chapai Yuba Kalyan Kendra, District Committees of All Assam Students Union, Asom Jatiyatabadi Yuba Chatra Parishad, All Assam Minority Students Union have made fervent appeals to all sections of people of Assam to vote for Manashi and pave her way for the battle of supremacy in the musical extravaganza in the next few episodes of the final round.