Volvo bus service from Dhubri to Silchar via Guwahati flagged off 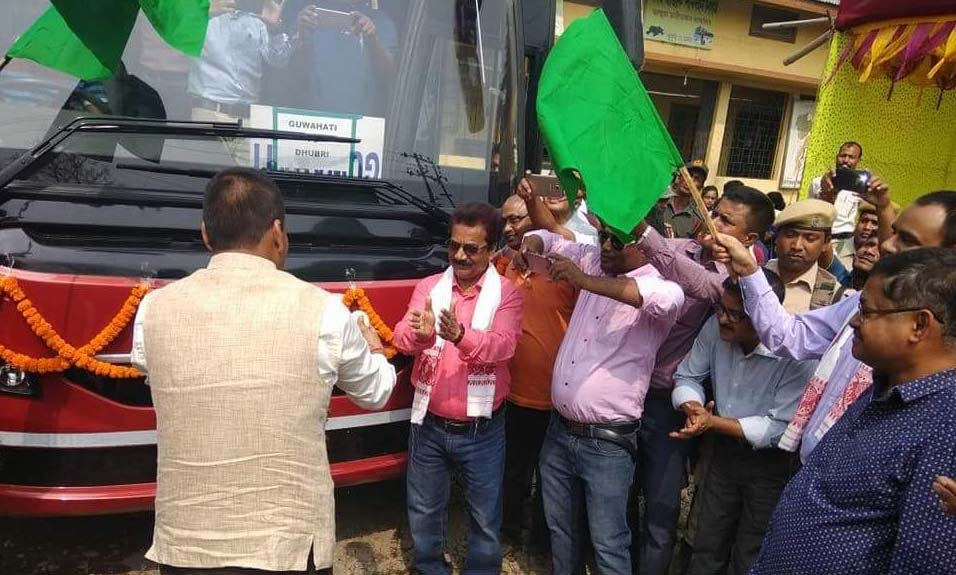 The Volvo bus service being flagged off in Dhubri.

Volvo bus service between Dhubri, the western part of Assam and Silchar, the southern part of the State via Guwahati started on Tuesday.

For the first time in Dhubri’s transport history, Assam State Transport Corporation (ASTC) launched luxurious Volvo bus service in the district in the ASTC office premises located at GTB Road of Dhubri town during a ceremonial function held for the purpose.

Ananta Lal Gyani, Deputy Commissioner, Dhubri flagged off the bus service while Aswani Roy Sarkar and Ashok Singhi, MLAs of Golakganj and Bilasipara East respectively were also present and spoke on the occasion.

Speaking on the occasion, Ashok Singhi, MLA, Bilasipara East said, “This luxurious bus service will not only ease the journey to and from Silchar but it will also enhance the bond of feelings and links between the residents of the two valleys – Brahmaputra and Barak.”

Manuranjan Chutia, Station Superintendent of Dhubri-based ASTC said that the department has launched the luxurious bus service with Volvo in a Public Private Partnership (PPP) mode.