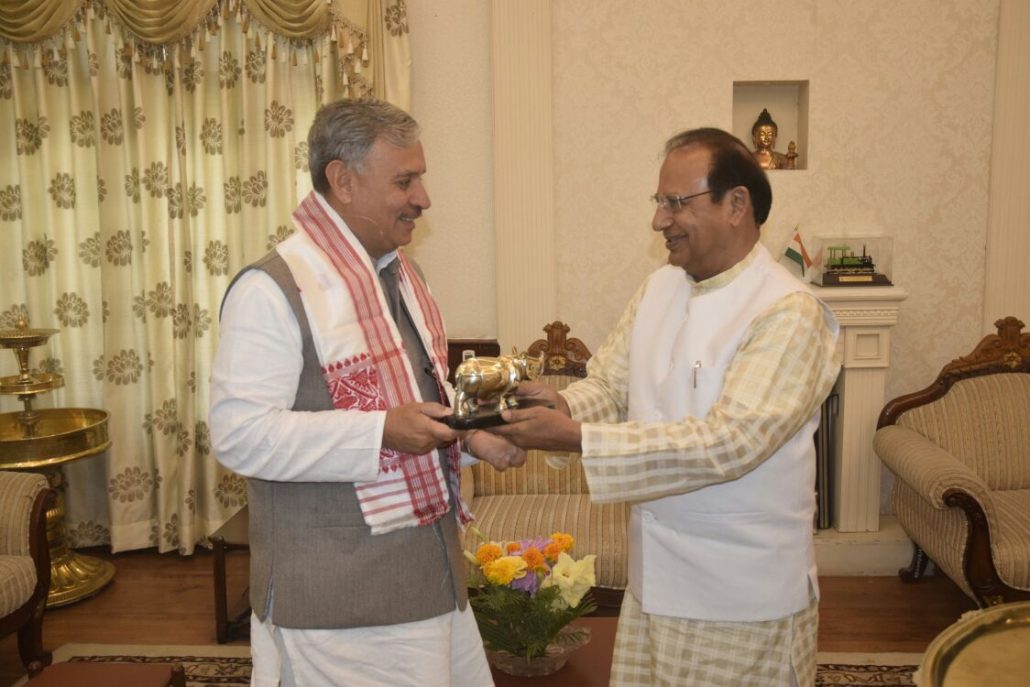 Union Minister of State with Independent Charge for Planning, Chemicals and Fertilizers Rao Inderjit Singh on Tuesday called on Assam Governor Prof Jagdish Mukhi at Raj Bhawan in Guwahati and discussed a slew of measures that his Ministry has initiated for the state of Assam. This was stated in a press release issued by the Raj Bhawan. 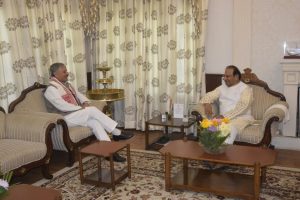 Listing a plethora of initiatives that his Ministry has undertaken in sync with Centre’s ‘Sabka Sath Sabka Vikash’, the Union Minister said that under the direction of the Prime Minister Narendra Modi, his Ministry has expeditiously approved several policy decisions for industrial development of the State.

The Minister also informed that in line with Prime Minister Narendra Modi’s vision of transforming the north-eastern region into an organic hub, his Ministry is dealing with all relevant modalities in simplified format to help the State Government achieve the same.

Governor Prof Mukhi while thanking Rao Inderjit Singh assured all assistance from the State Government for the hassle free implementation of all the policies of the Centre in the State, the release added.