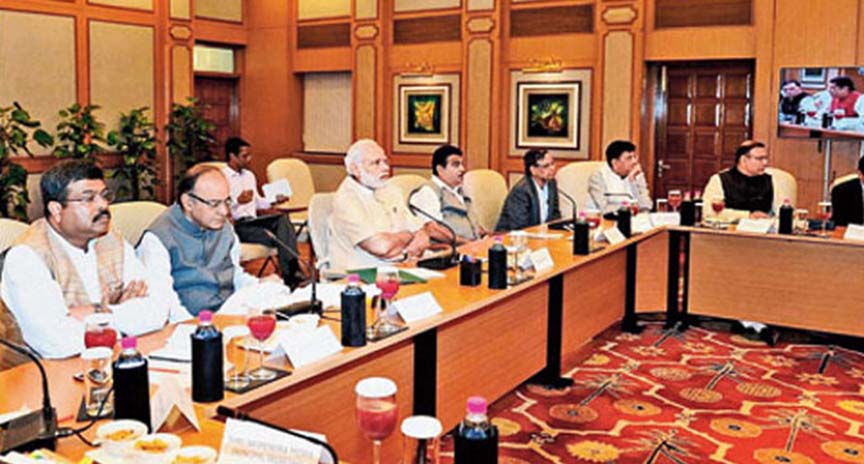 The Union Cabinet chaired by Prime Minister Narendra Modi has approved a number of schemes of the DoNER Ministry for continuation till March, 2020.

The schemes approved by the Union Cabinet are – under the schemes of NEC – Special Development  Projects, with the  existing funding pattern (90:10 basis) for ongoing projects and on 100 pc Central funding for new projects; for other projects funded by NEC – both Revenue and Capital – as 100 pc Central funding basis, to continue with existing pattern; extension   of   100%   centrally   funded   North   Eastern   Road   Sector Development Scheme (NERSDS); transfer to  NEC for implementation,  the  Non-Lapsable Central  Pool  of Resources (NLCPR-C); proposal to ensure   optimization of resources through convergence of efforts of various Ministries/Departments.

The projects under the existing Schemes of NEC, NLCPR (Central) and NERSDS will accrue socio-economic benefits to the people of North Eastern Region enhancing their capabilities and livelihood.

Presently, the major chunk of projects (599 projects out of 840) with 72.12% approved cost (Rs.5375.12 crore out of total Rs.7453.02 crore) and 66% of pending liabilities (Rs 1518.64 crore out of Rs 2299.72 crore) for all ongoing projects is funded through “the Schemes of NEC- Special Development Project”-wherein funds for the selected projects are shared between Centre and State on 90:10 basis and the execution of work is done by the respective State Governments. Apart from this, some funds are provided – both Revenue and Capital – as 100% Central funding basis, implemented through State and Central agencies, stated in a PIB press communiqué posted Wednesday evening.

The Scheme of NEC – Special Development Project will be changed to be a Central Sector Scheme with 100% grant, instead of the earlier block grant on 90:10 basis. The remaining component will continue to be funded on 100% Central funding basis as at present.

Apart from the above, NEC is also implementing “North Eastern Road Sector Development Scheme – Programme Component” for upgradation of the important and strategic inter-state roads. Transferred from DONER to NEC for implementation, the scheme is 100% Centrally funded. A sum of Rs. 1000 crore has been allocated under the scheme.

Another Scheme namely ‘Non Lapsable Central Pool of Resources-Central [NLCPR (Central)]’, presently funded by the Ministry of DoNER, provides resources to the concerned line Ministries/their agencies for projects like Agartala-Akhaura Rail Link, checking erosion in Majuli Island. This Scheme will also be transferred to NEC for implementation.

The State component would be utilised for the projects in each State as per their share on normative allocation basis.  For the Central component, the projects having regional character, requiring Inter-Ministerial intervention are to be taken up. Priority sectors have been identified such as bamboo; piggery; regional tourism; higher education, tertiary healthcare & special intervention in backward areas; livelihood project; Science & Technology Interventions in NER; Survey & Investigation and NER Promotion.

By the above, a clear apportionment or division of sectors is ensured between DoNER and NEC to avoid duplication.

In order to give a boost to the Tourism in NE Region, amongst other things, the outstanding liabilities in tourism sector under Product Infrastructure Development for Destinations & Circuits (PIDDC) may also be addressed.

Further, a mechanism on the pattern of Standing Finance Committee (SFC) with representatives from the concerned line Ministries and from Ministry of DoNER would be constituted under the Chairmanship of Secretary, NEC for approval of the projects costing between Rs 5-15 crore. This is aimed at bringing synergy with programmes of other Union Ministries and avoiding of duplication through process of SFC, the press communiqué added.