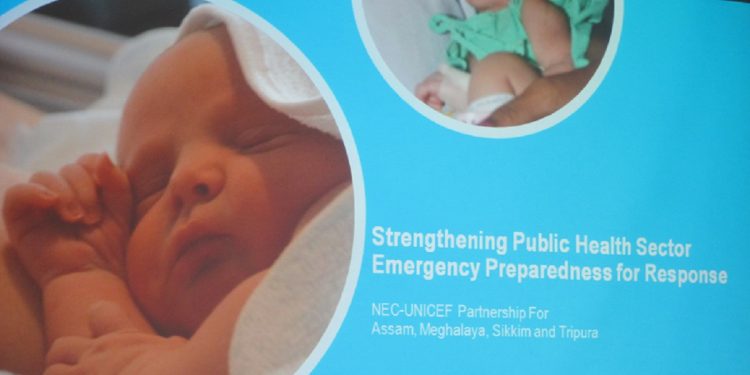 UNICEF India in collaboration with the North Eastern Council (NEC) has agreed to work together to strengthen disaster resilience in public health sector for response in case of any emergency.

As an initial effort towards this, the UNICEF, State Office for Assam will organize a regional consultation programme on ‘Emergency Preparedness for Public Health Sector’ for the States of Sikkim, Meghalaya, Tripura and Assam as first phase in August, 2019 with all the concerned departments of the State Governments like Health & Family Welfare Department, PHED, etc with a follow-up consultations and planning with special focus on the Aspirational Districts of the States.

The NEC has agreed to coordinate the programme.

The North Eastern Council is the agency for the economic and social development of the north-eastern region.

The North Eastern Council was constituted in 1971 by an Act of Parliament.

NEC has been instrumental in setting in motion a new economic endeavour aimed at removing the basic handicaps that stood in the way of normal development of the region and has ushered in an era of new hope in this backward area full of great potentialities.

The main objective of the Council is to ensure the balanced and integrated economic development of the North Eastern parts of the country.

UNICEF began its work in India in 1949 with three staff members and established an office in Delhi three years later.

Currently, it advocates for the rights of India’s children in 16 states. UNICEF’s goal is to advance the rights of children, adolescents and women to survival, growth, development, participation and protection by reducing inequities based on caste, ethnicity, gender, poverty, region or religion.

UNICEF utilizes a multi-pronged approach to addressing pressing issues of health, nutrition, sanitation, education and child protection. It aims to involve families and community members in understanding their contribution to ensure their children thrive while providing a platform for young community champions to emerge and inspire.