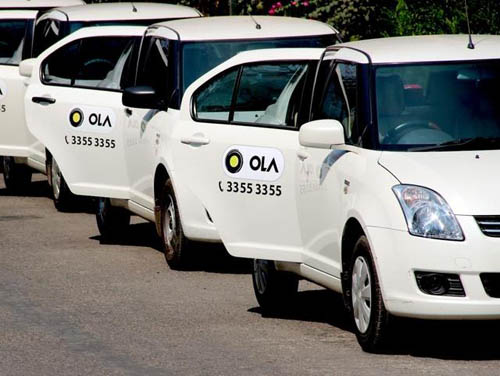 Ola-Uber cabs have gone on an indefinite strike in all the major cities across the country on Monday.

The cab owners and drivers in Guwahati have decided to support the strike but will provide their services to passengers ‘offline’ without using the app. Passengers can book a cab based on estimated fare but that will be booked offline and not with the app usually used for booking.

Maharashtra Navnirman Vahtuk Sena, the transport wing of Raj Thackeray-led MNS has called the strike against the low payment made by the app-based taxi aggregators.

The strike was called across Mumbai, New Delhi, Bengaluru, Hyderabad, Pune and other big cities of the country.

Leaders from the Ola-Uber association from Guwahati speaking on the issue stated, that over the past few months they have suffered many problems, the biggest one has been their income and operating costs. They added that they have started rendering their services to the people at a very low cost when the auto-rickshaws were charging the commuters very high.

They further added that they started serving the commuters at a very low cost because the company promised them that they by doing so they will get a very good income but now they are not even getting enough money to keep their vehicles serviced.

One of the leaders added that they will support the strike call by the national unions but keeping in mind the problems the commuters would face, they have decided to carry offline services.

Since there is a shortage of cabs and the demand is high, the fare will be very high.