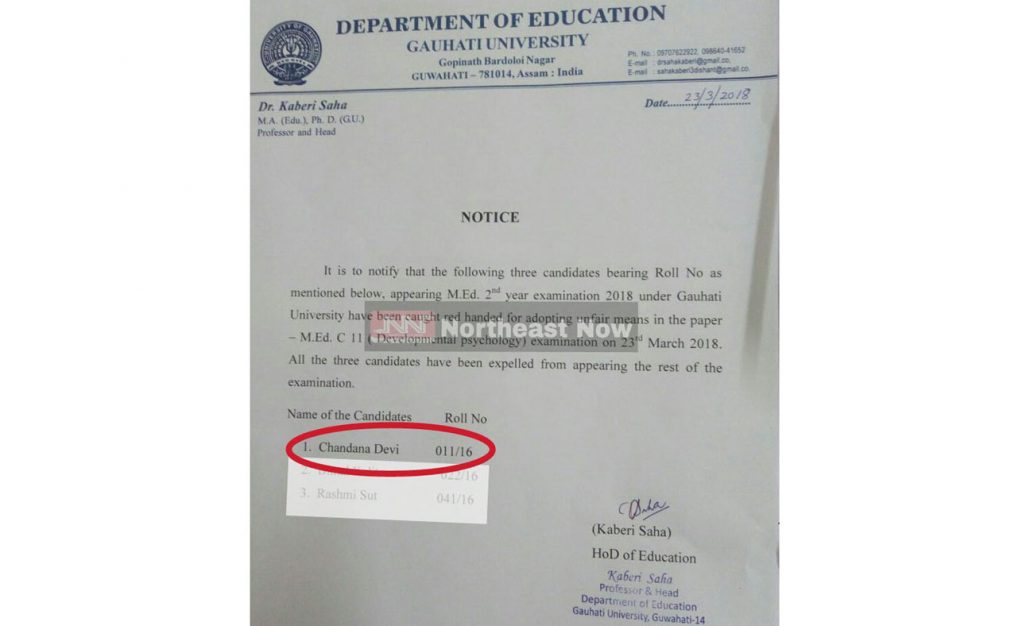 A teacher is respected in the society for his or her dedicated efforts and service for moulding a student as a good citizen of the nation and when a teacher trains up another teacher, such teacher draws more respect for having comparatively more responsibilities. But if such a teacher is expelled from examination for adopting unfair means, it makes headlines.

In such an incident, one teacher of Bajali Teachers’ Training College, Patacharkuchi in Barpeta, Chandana Devi, has recently been expelled from appearing in the MEd examination under Gauhati University for adopting unfair means as a candidate.

She appeared in the 2nd year examination of MEd C-II (Development Psychology) on March 23 and she was caught red-handed while adopting unfair means in the examination hall along with two other examinees. Her roll number was 011/16. This incident has raised eyebrows of all as the news spread in the locality and on the social networking sites.

A section of students of the said college also brought some allegations against the expelled teacher. The lady teacher along with two other candidates through a notice served in the examination hall of the said examination by the Education Department of Gauhati University was debarred from appearing in the remaining papers.

It has also been alleged by a section of students that the teacher also allegedly harassed students of the institution in various ways. The said college is one of the premier centres for training teachers in D.El.Ed also.