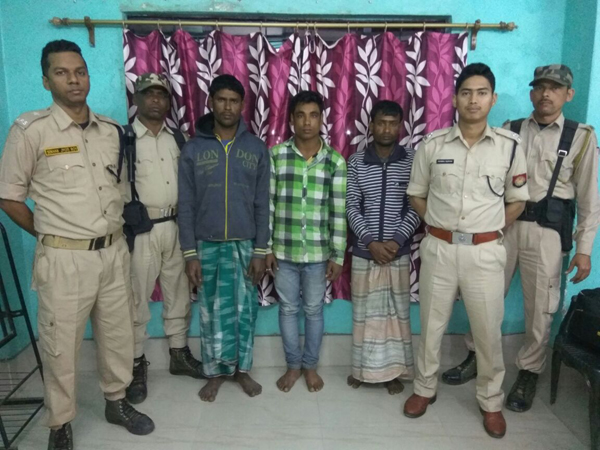 The arrested poachers who along with other accomplices planned to sneak into the Park for poaching were identified by the police as Fazar Ali, Asmat Ali.

Both are residents of village Rowmari under Dalgaon PS and Hafidur Rahman of Biswanath Chariali.

A massive manhunt has been initiated to catch the fleeing poachers who are suspected to possess fire arms and ammunition for rhino poaching.

Rhino poaching has been a big issue in national parks of Northeast for sometime now. Despite governments various efforts, poaching is still rampant.

The Orang National Park and Tiger Reserve Park covering an area of 78.81 square kilometres located in the Darrang and Sonitpur districts of Assam.