The failed story of a dam 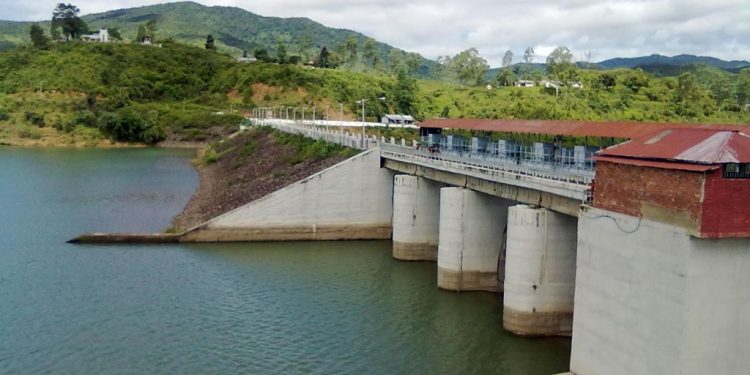 At this moment of time a discourse is in the air that supports the construction of mega dam for national development, which again negates the possibility of negative impact due to such construction.

To refute that hype, here we would like to narrate a story of a dam in Manipur which is becoming a cause of sufferings for those people who have been struggling against all the disastrous impact of the dam right from the beginning of its installation.

The multipurpose dam, commonly known as Khuga Dam, located at Mata village, 10 kilometres away from Churachandpur town, was constructed in 1983 and after being stalled for almost two decades, the construction resumed in 2002.

The construction of the Khuga Multi-Purpose Project was meant for hydro-electric power generation of 1.5 MW, to irrigate around 15,000 hectares of annual irrigation and to supply drinking water up to five million gallons per day (MDG) for communities in and around Churachandpur town and beyond in Churachandpur and Bishenpur districts.

But unfortunately, the dam, which was constructed to uplift the state’s economy, to uphold food sovereignty and to provide employment and enhance the state’s energy capacity, is in media limelight albeit for all the wrong reasons – for breach of canals, farmers’ protest for non-provision of water for their farms, recurrent loss of lives in Khuga dam reservoir besides controversies over corruption, fraud and rehabilitation woes.

The Khuga dam lies redundant since inauguration, notwithstanding the widespread loss of land, livelihoods and ecology due to the dam.

The dam has experienced a series of severe breach right from its inauguration.

The repeated breach of the dam canals is due to improper alignment and poor quality of work and thus, any release of water in the canal is simply a recipe for disaster.

The canals, while troubling its neighbouring villages with repeated breaches, have failed to serve its primary objective to facilitate irrigation, but have systematically displaced villagers from their abode and snatched their livelihood. This has again forced the villagers to resort to complain frequently and protest against the authority seeking proper rehabilitation and compensation.

In July, 2019, a farmers’ association of that locality lodged a complaint to the government of Manipur that due to rain deficits, changing climate change, most of the agriculture land in villages, close to Khuga dam, remained parched and dry.

The angst of the farmers was while there was plenty of water at Khuga dam; the non-maintenance of the canals along with the apathy of the government affected their monsoon harvest with non-provision of water.

The woes of the villagers were compounded by the failure of the government of Manipur to repair the broken canals on the pretext of dismal financial situation of the state, which further led to deterioration of the conditions of canals, despite the multiple impacts on communities and their property.

Though it has been proposed to generate hydroelectricity from the dam but as of now not a single unit of electricity is generated from the dam. Similarly, the claims of providing 1.2 MGD drinking water to the residents have also remained a dispute.

The overall output of this dam explores the incapability of the authorities concerned to think and execute development projects with a pro-people attitude.

Wasting cores of public money without the consensus of those people who would be directly affected by these projects is becoming a norm of today.

If the consensus of the probable affected people of a particular development project is not taken as  a legal pre-condition for getting the  necessary approval for execution, then every time such project will result in dreadful consequences for the common people.