Sprinter Hima Das not worried about qualifying for Tokyo Olympics 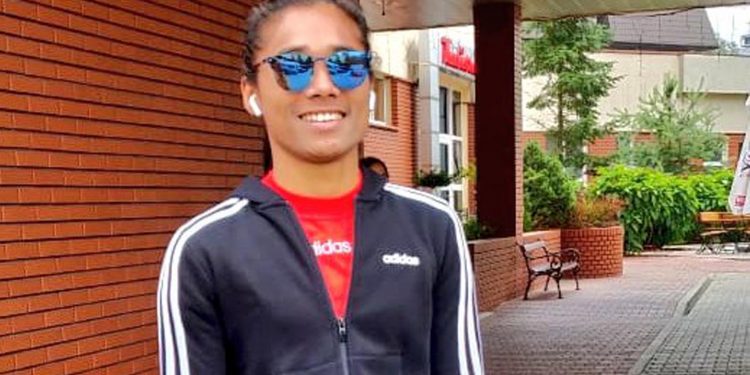 Sprinter Hima Das has expressed that she is not worried about qualifying for the Tokyo Olympics which has been suspended due to COVID19 pandemic.

The sprinter from Assam, who is known as Dhing Express, is yet to qualify for the postponed Tokyo Olympics.

The 20-year-old sprinter is the first Indian woman to win a gold medal in a world championship and holds the national record (50.79 seconds) in 400 m.

She won a silver in the individual 400m race at the 2018 Asian Games and was a part of the gold-winning quartets in the women’s 4x400m relay and mixed 4x400m relay events.

A mediareport quoted Hima as saying from NIS Patiala: “I am not worried about it (Olympics qualification), it will only create tension. There is a year still to go for the Olympics.”

She also said: “Let us first pray that this pandemic ends quickly. Then athletics season begins (on December 1) and there is a lot of time next year to qualify for the Olympics.”

It was on July 12 in 2018 that Hima won the gold in the World Junior Championships in Finland.

She said the national campers at the NIS Patiala have started easing into their specialised training after working on their outdoor fitness regime.

The Assam girl, who has been honoured with Arjuna Award, said there is no immediate competitions and so they are neither doing low level training nor intense.

“We are just doing medium intensity training. Let us see when we pick up our training to a high momentum,” the report quoted Hima as saying.

Saying that the weather is “very hot” at Patiala, the star sprinter added, “So we do only morning training. In the evening we have spare time and I do cycling (in the velodrome) and even do cricket ball bowling.”

The Athletics Federation of India (AFI) has tentatively fixed September 12 as the start of domestic season.

As there has been surge in COVID19 positive cases across the country, the AFI will have to take a final decision regarding the tentative calendar or not.