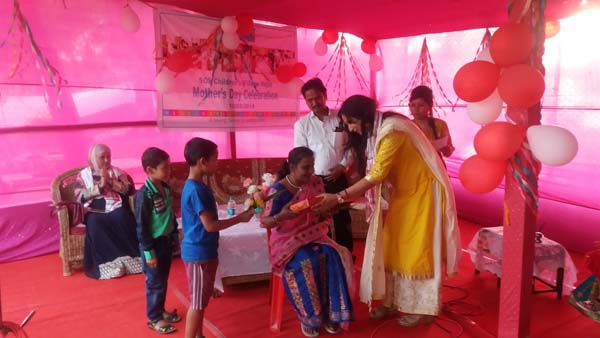 An NGO SOS Children’s Village, celebrated Mother’s Day in Hojai with a day long programme on Thursday. Mothers Day is celebrated in India on May 13.

‘No Children is Poor, Who has a loving Mother’ was the slogan of the programme.

Speaking on the occasion, Dr. Aparna Singh said, “Mother is a small word, but it has a deeper meaning which we cannot express in words. Mother is an idol of God. For a mother every child is equal.”

She requested the mothers present to inculcate their child to work, not only chase success in life.

A total of 19 mothers, 8 aunts and 10 retired mothers of SOS Children’s Village were honoured on the occasion.

Children performed during the programme to show their love and affection for their mother.

Volunteers of the Children’s Village Felix Darlong, Joseph Shadap, Satyajit Dutta and Dhruba Nath were present at the event.

The SOS Children’s Village is an international NGO which began its operations in 1964 in India. It has offices in 134 countries across the world.