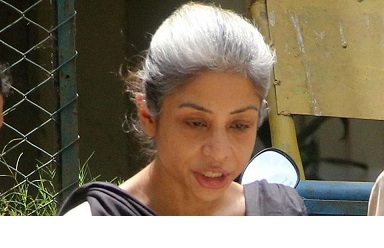 A special court in Mumbai on Friday rejected the bail plea of Sheena Bora murder case accused Indrani Mukerjea stating that her plea claiming threat to her life as “exaggerated and unacceptable”.

The latest development comes nearly three weeks after the CBI refuted Indrani’s charge of threat to her life at Byculla women’s jail.

Opposing her bail plea in the court, the investigative agency had claimed that Mukerjea may have received medicines from someone she knew and consumed them after reaching the jail, resulting in her falling ill in April, indianexpress.com reported.

On April 6, Indrani was rushed to the state-run JJ Hospital from the jail in a semi-conscious state. In her bail plea, Indrani had claimed that there was an attempt to overdose her by the jail staff.

Indrani, arrested in August 2015, has not got regular bail in the case so far. In December 2016, the court had allowed her to attend the last rites of her father in police escort. She is facing trial for allegedly killing her daughter Sheena Bora on April 24, 2012.

Her husband and former media baron Peter Mukerjea and former husband Sanjeev Khanna are co-accused in the case.