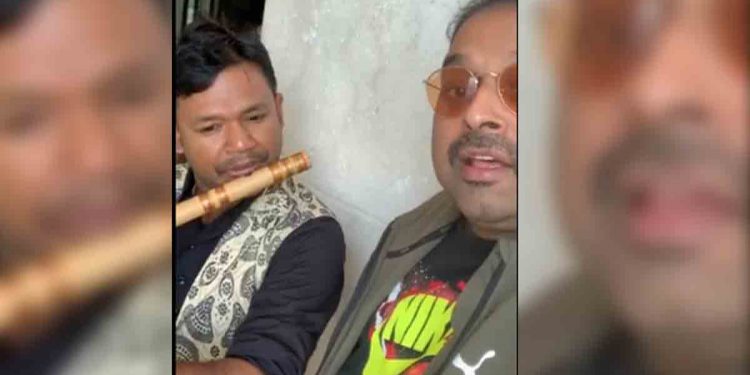 Renowned composer Shankar Mahadevan on Friday shared a video of an Assamese flutist Dilip Heera, whom he noticed playing his flute outside a restaurant.

The music legend posted a video of the Assamese talent via his official Facebook handle and captioned it, ‘Talent undiscovered!! Everyone pls bless Dilip heera from Assam!! What an amazing player!! ‘

Introducing the young talent in the video, Mahadevan mentions that he noticed Dilip playing the flute outside a restaurant while he was going to have his breakfast.

Dilip was seen playing the traditional Assamese Bihu tune that we usually hear in Assam, which is used in Bihu songs and performances.

Shortly, Mahadevan joins in with his ‘alap’ and ‘humming’ of India classical sargams and Dilip accompanies him on the flute, much to the bemusement of the maestro.

Soon after its posting, the video became viral and have garnered applause for the young talent of Assam.

Talent undiscovered !! Everyone pls bless Dilip heera from Assam !! What an amazing player !! ?