Congress general secretary Priynaka Gandhi, who is on a two-day visit to Assam, on Tuesday interacted with the women tea garden workers in Biswanath Chariali.

Priynaka Gandhi sat on a lane inside the Sadharu Tea Estate at Biswanath Chariali and gave the women tea workers a patient hearing about their problems.

Clad in maroon colour traditional Assamese mekhela sador, she talked to the female tea garden workers and tried to understand their ‘worries, apprehension, their hopes and aspiration’, said a Congress leader.

She spent around one hour with the women workers, who shared their thoughts with Gandhi. 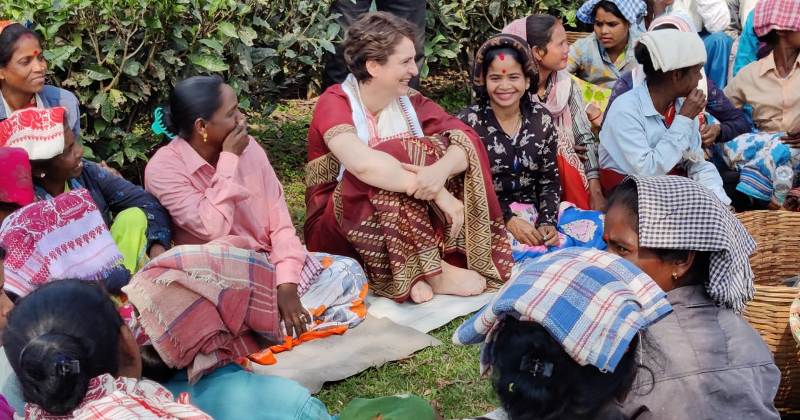 “It was nice talking to her. We are poor people. We never imagined that a leader of her stature would come to talk to us,” said Renu Korait, a woman worker of the tea estate.

Earlier on Monday Gandhi said in Gohpur that the condition of tea garden workers has remained the same during the last five years and their wages have increased very little.

The Assam cabinet last month approved a proposal to increase the daily wage of tea garden workers in the state to Rs 318, including Rs 101 for ration.

The Congress has already announced that when it forms the government, the minimum daily wage of the tea garden workers will be enhanced to Rs 365, Gandhi said.