Poba Reserve Forest in Dhemaji will be upgraded to a sanctuary: Assam CM 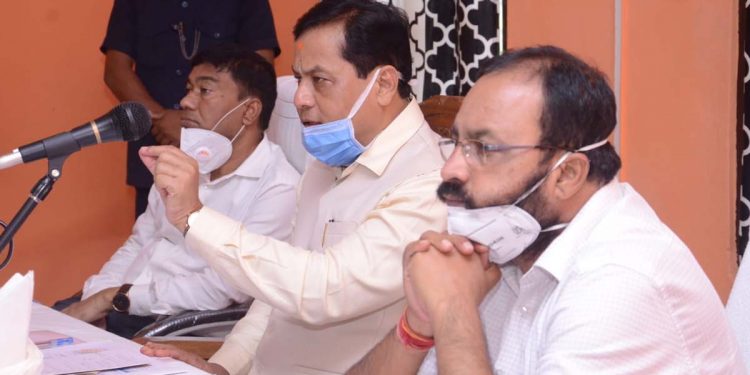 Assam chief minister Sarbananda Sonowal during a review meeting at Jonai on Tuesday.

Assam chief minister Sarbananada Sonowal on Tuesday announced that the Poba Reserve Forest, the vital biodiversity hotspot in Dhemaji district, would be upgraded to a wildlife sanctuary.

Chief minister Sonowal on Tuesday made the announcement during a review meeting at Jonai SDO (Civil) office where he reviewed the flood scenario of Jonai.

Poba Reserve Forest, declared in 1924 with an area of 10,522 hectares, is home to a large number of flora and fauna.

On Tuesday, the CM also visited the Outer Jonai and Bera Sapori areas in Jonai and took stock of the devastation caused by flood while interacting with the inmates of a flood relief camp there.

In Tuesday’s meeting, Sonowal also reviewed the flood situation of Dhemaji, Lakhimpur and Majuli apart from Jonai and took sock of the progress of various schemes implemented by water resource department.

He directed the department to expedite the embankment repairing works to provide protection to the people in those districts from floods.

The chief minister also stressed on the need to dredge the Brahmaputra river as its water carrying capacity has reduced over the years due to loss of depth and said the water resource department would soon start dredging work.

CM Shri @sarbanandsonwal announced upgradation of the Poba Reserve Forest in Dhemaji to a Wildlife Sanctuary in a meeting with senior officials of Lakhimpur, Dhemaji and Majuli districts at Jonai.

The CM was reviewing the flood, erosion & #COVID19 situation of the districts. pic.twitter.com/iB5qaVCVLO

He also opined that strengthening of river management in neighboring states would also help in preventing floods effectively in Assam and he urged the engineers of water resource department to bring innovation and newer technologies to flood management mechanism in the state.

Sonowal appreciated the action taken by water resource department officials to repair the damaged 150 meter portion of embankment at Bordham under Sisibor Revenue Circle in Dhemaji as the timely work saved the people of the area from devastation of flood.

The CM took review of COVID19 scenario in the concerned districts today and took stock of status of implementation of various flagship schemes of central government like Jal Jeevan Mission and Pradhan Mantri Fasal Bima Yojna.

More than one lakh people of 358 villages in Dhemaji district have been affected by flood this year while 32,977 hectares of crop lands were damaged.

A total of 859 people have been provided shelter in the 7 flood relief camps set up in the district.