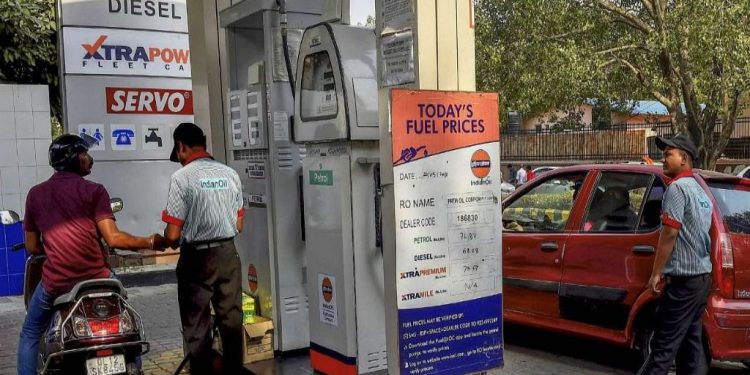 Petrol prices in the country have gone up once again on Tuesday while diesel held on to its price line that it has maintained since July 30.

The petrol prices have increased for sixth consecutive day on Tuesday.

In the international market, crude price has also remained firm hovering over $ 45 a barrel.

State-owned oil marketing companies increased the price of petrol by 11 paisa per litre in Delhi, Mumbai and Kolkata on Tuesday while the price rose by nine paisa in Chennai.

Petrol prices have now risen in nine of the last 10 days and in the national capital, it is now expensive by Rs 1.30 a litre during the period.