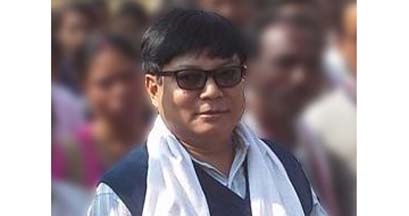 The Leader of the Opposition in the Assam Legislative Assembly,  Debabrata Saikia on Monday visited Dhola in Tinsukia to offer his condolences to the families of  the victims of the massacre and said that a judicial inquiry must be instituted  to probe the incident of killing 5 innocent civilians by armed miscreants.

The Opposition leader asserted that the State Government should take  bold steps to protect the lives and property of all sections of society in Assam.

He pointed out that almost everyone could foresee a violent incident occurring  in Assam, yet the state government ignored all warnings signs and remained a  mute spectator.

Saikia said that Assam has had a centuries-old history of communal  harmony since the days of Swargadeo Sukapha, but now use of the  administrative machinery for vote-bank politics has caused divisions in society
and led to deterioration of the law-and-order situation.

The State Government  is being partial even in taking action against those who fomented trouble  because while two pro-talks ULFA leaders have been arrested, BJP leaders such  as Union Minister Rajen Gohain and MLA Shiladitya Dev are being treated with  kid gloves despite their divisive and inflammatory comments.

Saikia  demanded that strict action be taken impartially against those who instigated  the incident through their words and actions, along with punitive action against any official who is found guilty of negligence in connection with the  incident.