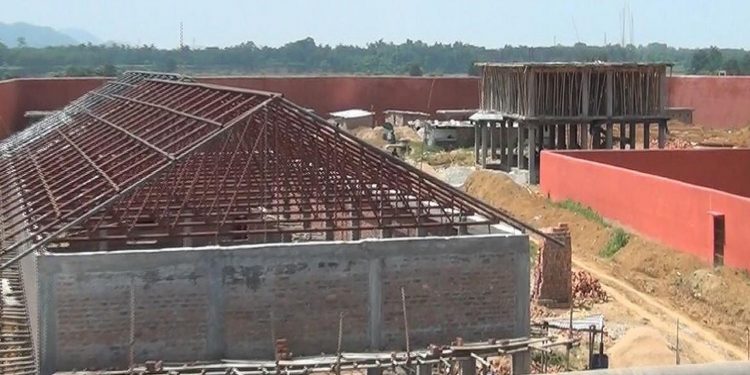 File image of an under-construction detention centre in Assam

Naresh Koch, a person in his mid-50s who was lodged in Goalpara detention centre, died on Friday night at Gauhati Medical College and Hospital (GMCH).

Koch was admitted to the hospital after he had fallen ill 10 days back.

Koch was lodged in the detention camp after he was identified as an ‘illegal immigrant’.

Reacting to the Koch’s death, Kaliabor MP Gaurav Gogoi said, “Often the poor and marginalised bear the brunt when they are forced to showcase documents to the satisfaction of the administration.”

“It doesn’t matter which religion you belong to,” Gogoi further said in a tweet.

Before Koch, 28 people have died in various detention centres of the state.

Reportedly, 1000 people are lodged in the six such detention centres of Assam.