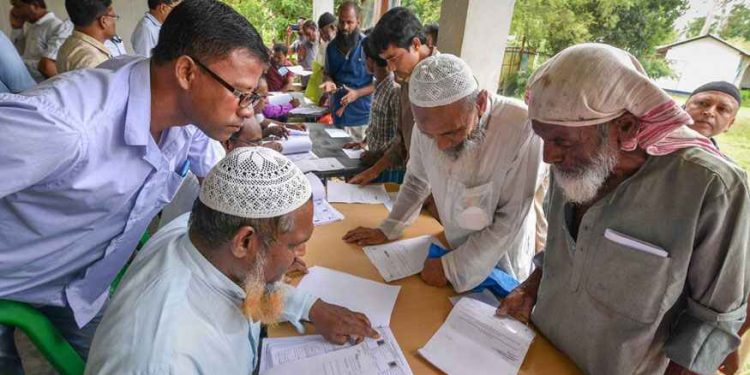 Amnesty International India (AII) has expressed its deep concerns about the functioning of the Foreigners’ Tribunals (FT), which will decide the Indian citizenship of those excluded from NRC published on Saturday.

Over 1.9 million people were left out from the final NRC.

In a statement issued to the media, AII has urged the Assam government to ensure that the FTs function with utmost transparency.

It also urged that the functioning of thr FTs are in line with the fair trial standards guaranteed under national and international law.

“FTs that will decide the Indian citizenship of millions of people, are quasi-judicial bodies where persons claimed to be foreigners have the responsibility to prove that they are Indian citizens,” AII stated.

“Several reports have demonstrated how the proceedings before FTs are arbitrary, while their orders are biased and discriminatory,” AII further added.

AII head Aakar Patel said that the Indian government is within its sovereign right to update NRC.

“However, the government must ensure that it does not deprive any person of his/her nationality on arbitrary or vague grounds, by diminishing procedural due process, or if such deprivation stands to render a person stateless,” Patel added.

“The nationality determination process of FTs is divorced from the reality of documents in India,” said Patel.

“Many Indians, especially those belonging to poor and marginalized communities, do not have certified copies of identity documents or are unable to produce it on time to prove their citizenship,” he added.

“This is particularly true in the case of Assam, a state that has a significant population of internally displaced persons because of frequent outbreaks of violence, and natural disasters,” the AII head further said.

“In many instances, people face detention and deportation largely because they do not have documents to show their parents or even grandparents were Indian citizens,” Patel added.

“It is unreasonable to expect people fleeing from violence and natural disasters to preserve half a century-old original identity documents,” Patel said further.

“Assam is on the brink of a crisis,” Patel added.

“This would not only lead to a loss of nationality and liberty of a large group of people but also erode their basic rights and affect the lives of generations to come,” Patel further said.

“Transparency in FT proceedings and strict adherence to fair trial standards can prevent this impending crisis,” he added.