The central investigating agency on Wednesday issued summons to Pranjal to appear for questioning at the NIA office at 11:00 am on Thursday 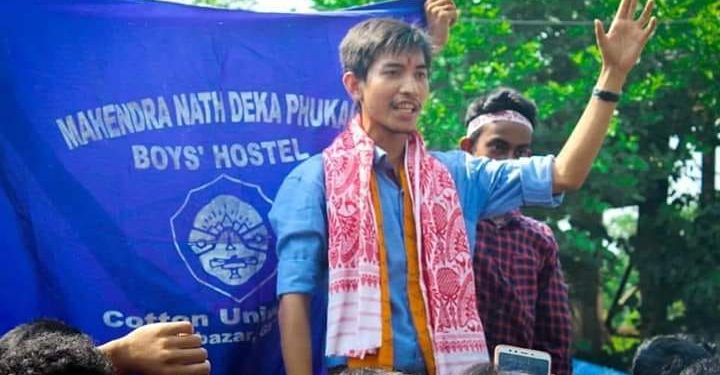 Sources said the central investigating agency on Wednesday issued summons to Pranjal to appear for questioning at the NIA office at Sonapur on the outskirts of Guwahati at 11:00 am on Thursday.

Sources said although the NIA in its summons has not specified the case, it is believed that Pranjal has been summoned in connection with a case relating to Maoists link and his involvement in protests against the Citizenship (Amendment) Act.

SMSS is the students’ wing of peasants’ leader Akhil Gogoi-led Krishak Mukti Sangram Samiti (KMSS), which was at the forefront of the anti-CAA movement in Assam.

They were arrested under stringent Unlawful Activities (Prevention) Act (UAPA) alleging their links with Maoists.

Meanwhile, after questioning IIT Guwahati faculty member Arupjyoti Saikia for three days, he has been called for another round of questioning by the agency on February 7.

Saikia was summoned by the NIA under Section 160 of the Criminal Procedure Code Police (CrPc).