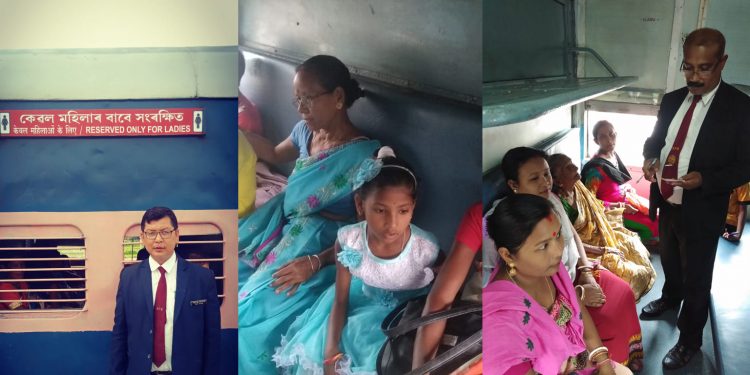 The coaches have been opened exclusively in these two popular passenger trains mainly for the safety and security of the women passengers.

The ladies coaches of these two passenger trains started functioning from Friday.

RPF personnel of Rangiya on Sunday conducted an awareness campaign to let the women know about various security facilities they can adhere to while travelling in trains.

The women passengers were also sensitized about security helpline no 182.

The RPF also counselled male passengers not to travel in coaches that had been exclusively opened for women.

To ensure the security of women train passengers, the Railway Protection Force (RPF) of Lumding division of NFR has launched a dedicated RPF Women Squad named Joymati Bahini in January earlier this year.

The squad comprises women sub-inspectors and constables of the RPF.