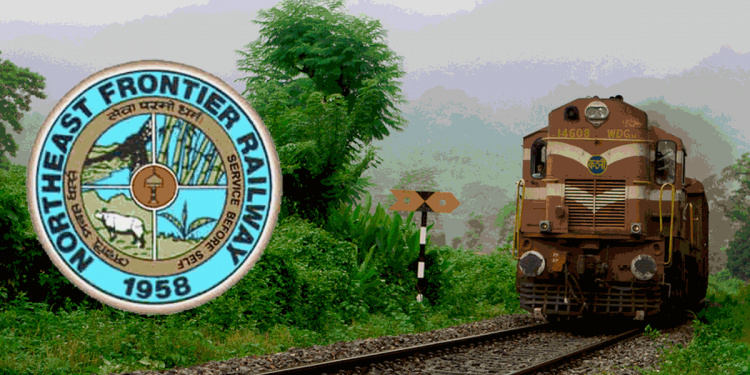 Based on a report, the CBI registered a suo moto case (06/2019) and on Thursday raided 14 locations in Guwahati, including the headquarters of the Northeast Frontier Railway in connection with the scam.

Prima facie investigations have shown that six officials of the Northeast Frontier Railway (Construction) were responsible for swindling Rs 158 crore of public money.

Prima facie investigations have revealed that without proper approval, the NF Railway officials issued advertisements to 12 irrelevant and defunct newspapers:

Anugamini (Hindi) from Hajipur in Bihar

The NF Railway officials are also being questioned for issuing advertisements, without approval of the senior officials to Ami Axomor Janagan, a daily newspaper published from Guwahati.

The CBI has found that the NF Railway officials issued advertisements of more than 500 sq cm of space to the irrelevant newspapers without the approval of the General Manager (Construction).

While people in the northeast are hopeful of better connectivity under PM Modi’s ambitious Mission 2020, large-scale by the NF Railway officials is sure to shatter the dreams.

The Northeast Frontier Railway has been entrusted with the responsibility to provide connectivity to eight states of northeast under Narendra Modi’s Mission 2020.

The NF Railway has a 517-km roadmap in place to bring the northeast closer to the mainland by 2020.

By 2020, the NF Railway was asked to connect all the state capitals to the railway network of India. It will not only help regional connectivity, but also bring northeast closer to the rest of India.

While Guwahati and Itanagar are already connected to the national network, the capital towns of Mizoram, Manipur, Nagaland and Meghalaya have now been taken up for linkages.

While Manipur will be connected through a 111-km-long line from Jiribam to Imphal with 37 tunnels and 22 bridges, the capital city of Mizoram will be on the railways’ map through a 52-km new line between Sairang near Aizawl and Bairabi.

For linking Gangtok, work up to Rangpo is now under execution. In Nagaland, the NF Railway is building the 91.75 km Dhansiri-Sukhobi-Zubza line with 90 bridges and around 26 km of tunnels.

Shillong, the capital city of Meghalaya will be connected through the of 108.4 km Byrnihat-Shillong line.

While PM Narendra Modi and his team are working round the clock to extend the railway network in the northeast, large scale fraudulence and corrupt practices of NF Railway officials may shatter the dream.