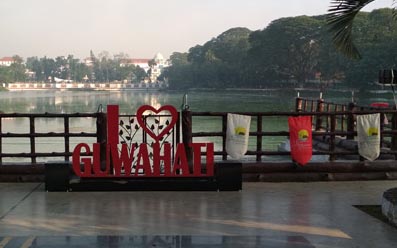 The Kamrup (metro) administration is all set to introduce a new mobile app named I Love Guwahati.

The purpose of launching this app is to address the problems faced by the people of the city, and bring all the departments of the districts under one common platform.

The comprehensive app will be available for people to download on Google Play store and can be used by the public to either file complaints or submit recommendations regarding the development of the city.

Deputy Commissioner of Kamrup (metro), M Angamuthu introduced the mobile-app. He is also the Managing Director of Guwahati Smart City Limited. The app is designed to function under the smart city project, addressing public grievances. The project is initiated in the district levels as a part of central government projects.

“The experimental version of the app will be launched within a month where people can either inform or upload pictures of the problem they are facing, be it cleanliness or education. All the departments are interlinked but due to improper co-ordination, most of the problems remained un-addressed. We have sought to solve this problem with the introduction of the app. If any complaint is filed in the app, all the departments will be alerted regarding the problem and necessary action would be taken on their part,”, the DC said in a press statement.