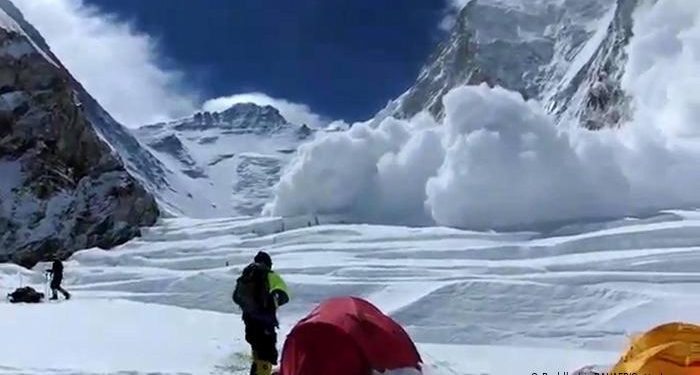 At least six trekkers went missing after an avalanche hit a part of the Annapurna circuit trekking route in Nepal, authorities said on Saturday.

As per reports, six trekkers – four South Koreans and two Nepalis- went missing in the avalanche on Friday.

However, the identity of the Nepali guides has not yet been ascertained.

The trekkers had started the trek along the Annapurna circuit trekking route on Wednesday.

They went missing near the Deurali area.

According to Arjun Paudel, general secretary of Korea Tours and Trekking Operators Association, three Taiwanese and two Chinese trekkers, who were also on their way to the Annapurna Base Camp, were reportedly hit by an avalanche near Deurali at Machhapuchhre Rural Municipality in Kaski district.

Police are carrying out search and rescue operations at the site.

The Annapurna Circuit trekking route, with a length of 230 km, begins from Besisahar in the Marshyangdi river valley and concludes in the Kali Gandaki Gorge.